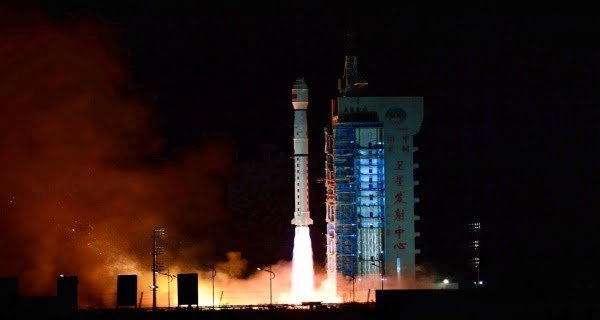 The satellite, Yaogan-33, was launched aboard a Long March-4C rocket and entered the planned orbit successfully. It was the 357th flight mission of the Long March carrier rocket series, the report said.

The mission also sent a micro and nano technology experiment satellite into orbit. The two satellites will be used for scientific experiments, land resources survey, crop yield estimation and disaster prevention and reduction.

16/07/2020
New Delhi: After the statement of Nepal's Prime Minister KP Sharma Oli, the Archaeological Department of Nepal is now trying to prove the truth...

Have a Homebuying Question? Ask GK-Da

31/08/2020
Kolkata:  This dada is the best guide to real estate decisions. GK-Da, aka Griho Kumar-Da, has been clearing misconceptions and providing reliable advice to...

08/08/2020
Mauritius: Mauritius declared a "state of environmental emergency" late Friday after it began to leak several tons of fuel from a ship owned by...

Protest against Netanyahu amid lockdown in Israel

10/01/2021
Jerusalem: Thousands of people demonstrated in Israel over the weekend against Prime Minister Benjamin Netanyahu in Israel. Protesters have long accused the prime minister-in-chief...