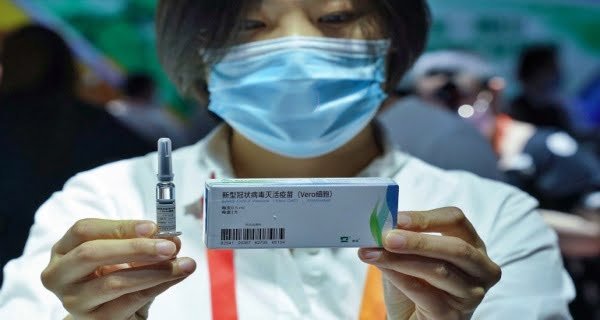 Beijing: Emergency vaccination of Covid-19 has been started in the Chinese city of Wuhan, while China has not yet certified any of its vaccines. Its first case was reported in Wuhan before it became a global epidemic of Corona Virus.

Zenu, the deputy director of the Centers for Disease Control and Prevention in Wuhan, told reporters that vaccination began from December 24 in 48 dedicated clinics in 15 districts. In this, certain groups of people in the age group of 18 to 59 are being vaccinated.

The official news agency Xinhua was quoted as saying that these people will be given two doses of the vaccine in a span of four weeks. According to official figures, the first case of coronavirus in Hubei province of Wuhan was revealed in December last year.

Lockdown was imposed on the city’s 1.1 crore people on 23 January this year and subsequently in Hubei province. Both places had lockdown till April 8. The virus killed 4,512 people in Hubei, including 3869 from Wuhan. Hubei has so far reported 68,134 cases of the virus, of which 50,339 are from Wuhan. In May this year, the Wuhan administration also conducted a Covid-19 investigation of nearly its entire population. Even after this, there have been some cases here.

As of Monday, a total of 50,339 cases of Covid-19 had been reported in China. Right now 348 people are undergoing treatment for corona virus. The virus has killed 4,634 people in China.

Britain and EU to continue talks on post-Brexit trade deal

14/12/2020
London: In the wake of an economy already undergoing an epidemic, the UK and the European Union have agreed to continue negotiations on the...

25/09/2020
MINNEAPOLIS, United States:  Deal makers in the Asia Pacific region aren’t as optimistic as their peers about adopting new digital processes to complete mergers and...

13/10/2020
Baku: Despite the peace agreement between Armenia and Azerbaijan, the fighting continues for the 15th day. Azerbaijani forces are still targeting Armenian military targets...

18/01/2021
Istanbul: A Cargo Ship sank in the Black Sea in Turkey on Sunday, killing at least three people. This information was given by an...