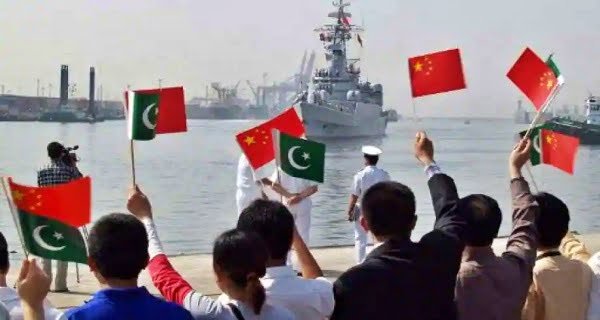 Beijing: The friendship between China and Pakistan is not hidden from anyone. On the one hand, where China has made Pakistan its debtor by investing heavily in it, on the other hand, it keeps putting obstacles in getting the terrorists of India’s neighboring country punished. Another example of friendship between China and Pakistan has now come to the fore. China’s state media has claimed that Beijing has given Pakistan the most advanced warship. The warship built by China State Shipbuilding Corporation Limited (CSSCL) was given to Pakistan in Shanghai. According to a statement sent by Pakistan Navy to Global Times on Monday, the Type 054A/P frigate has been named PNS Tugril.

The Pakistan Navy said that PNS Tugril is the first of the four types of warships built for the Pakistani Navy. The ship has strong surveillance as well as ground-to-ground, land-to-air, and underwater firepower. This ship is technically very advanced. The ship is equipped with an electronic warfare system.

The Pakistani Navy has said in a statement that the Type 054A/P frigate can carry out multiple naval combat missions simultaneously. CSSC said that the frigate is the largest and most advanced warship ever exported by China.

19/08/2021/10:20:am
Kabul: The Taliban's top leader, who has fought the US and its allies for decades, made a spectacular return to Afghanistan this week. Mullah...

Mr. Thanedar of Indian descent elected to the Michigan House of Representatives

05/11/2020/10:02:pm
Houston: Indian-origin millionaire businessman Shri Thanedar has been elected to the Michigan House of Representatives with 93 percent of the vote. He also ran...

11/02/2021/9:23:pm
Berlin: The United Nations' Nuclear Monitoring Agency reported on Wednesday that their inspectors have confirmed Iran's production of uranium metal, another violation of the...