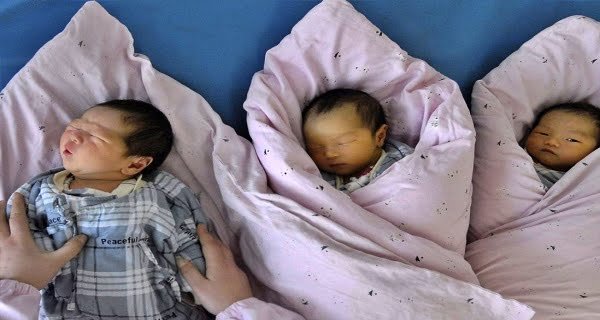 Beijing: Where the increasing population is becoming a problem all over the world, and the world is trying to bring the population under control, in such a situation shocking news is coming out from China. Actually, China has decided to end its two-child policy and has announced that now in China, the couple will be allowed to have three children instead of two.

According to state media Xinhua, President Xi Jinping decided to change this in the Politburo meeting. The reason for taking this decision is a once-in-a-decade census, which shows that the increase in China’s population is the lowest in the last decade. Because of this, the pressure of increasing the population on the country’s capital Beijing is increasing, so that the dwindling population can be curbed.

Last year, about 12 million children were born at the beginning of the month of May, according to the China Census report, according to which about 12 million children were born last year. This is a significant decline compared to the 2016 figures (18 million). And this is the biggest drop in the birth rate since 1960. It is understood that after the census data came out, China has changed the policy of family planning.

60 people died, many missing due to drowning of river in Nigeria

Rescue operations begin on tunnel near Tapovan Dam in Uttarakhand, 15 bodies found so...

08/02/2021/10:01:am
Dehradun: In the Chamoli district of Uttarakhand on Sunday, a part of the Nanda Devi Glacier collapsed, causing a sudden flood in the Rishiganga...