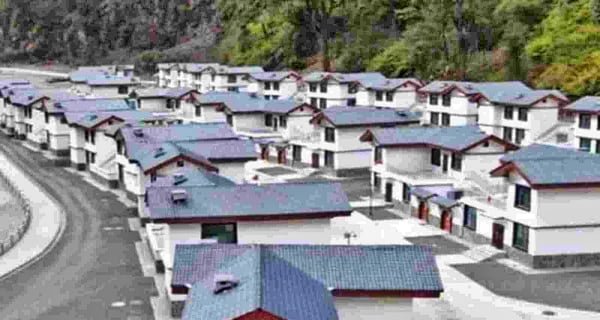 New Delhi: According to big news, the US Department of Defense has now claimed in the annual report of military and security development related to China that China has disputed the disputed area between Tibet Autonomous Region and Arunachal Pradesh of India. A village of 100 houses has also been settled in it. Now this village is being said to be a major cause of tension to other infrastructure of India and China. According to this report, China is trying to blame India for the infrastructure development being done by India near the Line of Actual Control (LAC).

Not only this but it was also said in this report that this action of China is a result of India’s provocation. According to reports, China has deployed an additional contingent of the army here and until India does not go back to the old position, the Chinese army will not go back.

At the same time, showing their intimidation, the Chinese officials have also directly warned the American officials not to interfere in their relations with India. For the last one and a half years, talks have been going on at the diplomatic and military level regarding tension on the border, but China has also been taking strategic action regarding its claims.

Significantly, in June 2020, many soldiers from both sides were killed in a violent crash near the LAC. In which the Indian government had given information about the death of 20 soldiers, but China has never given any information clearly to date. However, China had also announced posthumous awards for 4 soldiers.

However, even after the disengagement agreement in mid-2021, both sides have maintained their troops on the LAC. At the same time, according to the report, due to the different perceptions of both sides regarding the border, there was a violent clash and tension remained. According to the report, China also wants to try to create tension with India on the border so that India and America cannot get too close. Perhaps China is still apprehensive about America.

25/02/2021/2:55:pm
The bad news is coming for India, which bought billions of dollars of modern weapons from Israel. 20 Israeli engineers have been accused of...

26/11/2021/2:06:pm
Mumbai: The teaser of Ranveer Singh starrer '83' has been launched. Ranveer Singh, Deepika Padukone, and Kabir Khan have launched their teaser through their...

22/07/2020/10:48:am
NEW DELHI: Big news has come for those working in IT company. Telecom department has given permission to the IT and ITES industry to...