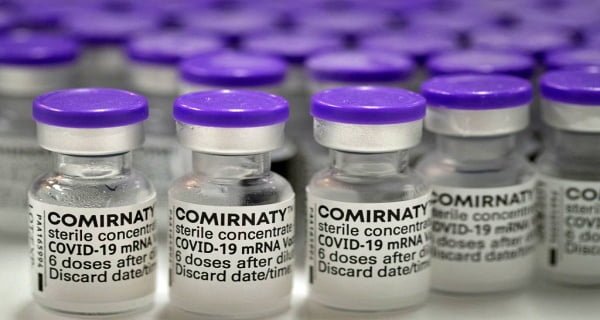 Beijing: China does not trust its own Corona Vaccine. Perhaps that is why China is now preparing to give a booster dose to people who have taken both doses of the vaccine. Fosun Pharma and Germany’s BioNtech’s booster dose of mRNA vaccine will be given to those who have got the Chinese vaccine. According to the report, Chinese officials are considering using a vaccine named Comirnati as a booster dose. Let us tell you that China has claimed to have vaccines for 140 crore people.

This vaccine is being commonly used in America and Europe, but Fosun has exclusive rights to manufacture and distribute the vaccine in China. BioNTech’s vaccine is currently awaiting the approval of the Chinese government, this vaccine is up to 95% effective against the virus.

Decision after spurt in infection in countries applying Chinese vaccine
China has taken the decision to give a booster dose at a time when cases of corona are increasing in countries like Mongolia, Seychelles, and Bahrain. Chinese vaccine has been installed in these countries. Chinese vaccines are 50% to 80% effective against the virus, which is less effective than Moderna and Pfizer vaccines.

Not working on new variants
According to the news of the New York Times, it is also being said that the vaccine made in China may not be effective in preventing new variants of the coronavirus. According to a data tracking project ‘Our World in Tracking’, China is among the ten most backward countries in dealing with Covid-19.

Hong Kong University virologist Jin Dongyan said that it is the responsibility of the Chinese to find a cure for it. Had this vaccine been so good, then there would have been no chance of spreading such a serious infection. The uncertainty of infection of this global pandemic is also increasing because the outbreak of new variants is increasing even in countries with high vaccination rates. Scientists have begun to point fingers at social controls and inattentive behavior.

Anna Hazare will go on a hunger strike against the government from January 30...

29/01/2021/10:06:am
Mumbai: Amidst the Kisan Andolan, which has been protesting against the agricultural law for more than 2 months on the border of the country's...