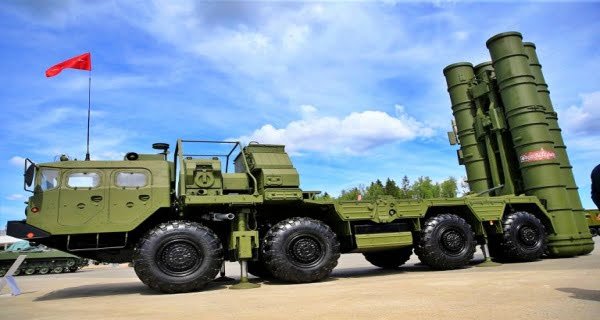 New Delhi: The ongoing conflict between India and China on the border is not over yet. Meanwhile, Dragon has increased the movement for the winter season on the LAC and intensified the preparations at the border. According to intelligence reports, many shelters have been prepared in China for the army personnel to live in eastern Ladakh. Not only this, but China has also deployed the S-400 air defense system at these places. In such a situation, the question arises that what is the meaning of these preparations of Dragon amidst the ongoing conflict with India for the last 17 months?

S 400 air defense system also deployed
According to sources, better arrangements are being made in each garrison to keep more than 80 containers at different places. In fact, the Chinese military is not used to living in the freezing cold of the Tibetan plateau. He does not even leave his barracks for long-range patrolling on foot, so state-of-the-art surveillance equipment, mountain radars have been deployed on the LAC so that the border can be monitored from a distance. China has now also deployed the S 400 air defense system at these places.

There is only a short time left for the winter season to arrive. In the winter season, the LOC and LAC are cold like snow. Even before the arrival of winter, the enemy neighbors have started their preparations. The first thing is about the LAC adjoining China. The heat has increased on the LAC for almost 17 months, although in the meantime some tension has definitely subsided. Now that winter has passed and winter is about to come, China wants to register its strong position in winter. China has now intensified its preparations on the border.

Apart from surveillance equipment, now China has also started preparing temporary garrisons. It has been revealed in the intelligence report that China has prepared many new shelters for the soldiers of the Eastern Ladakh Army. In view of the way the Chinese soldiers were forced to live in the open area and fell ill throughout the last winter, China is making arrangements to live in a new container garrison this time. He has prepared at least ten garrisons to survive the winter.

While on the one hand, China is making rapid preparations, on the other hand, Pakistan has also started preparing for winter. Pakistan’s preparations are not about the presence and deployment of its army like China, but to encourage the infiltration of terrorists before winter.

US building collapse: Indian family, child among more than 150 missing

29/06/2021/10:06:am
Houston: More than 150 people, including an Indian-origin couple and their one-year-old daughter, are missing after a portion of a 12-story residential building collapsed...

16/03/2021/4:21:pm
New Delhi: The Chinese government has given a big order against Alibaba and Ant Group founder Jack Ma. The government there has reportedly ordered...