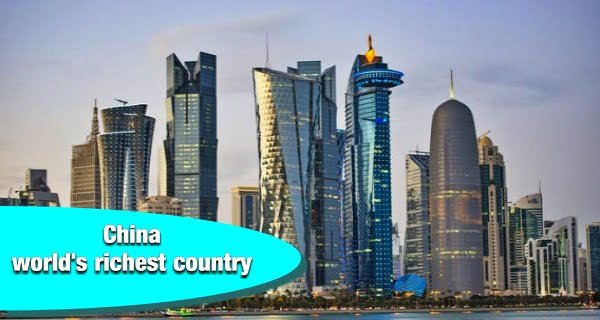 New Delhi: America, which is called the boss of the world, is now seen slipping behind China on every front. This time China has defeated America and has achieved the title of the richest country in the world. The wealth of the world has tripled in the last 20 years. The biggest and shocking news among all this is that China has one-third of these properties. According to the report of the research arm of Management Consultant McKinsey & Company, which monitors the balance sheets of countries around the world, China has now become the richest country in the world.

Let us tell you that China was included in the World Trade Organization even before the year 2000. It can be estimated from this how fast China’s economy has grown since then. China has about a third of the wealth that the world has acquired in 20 years’ time. At the same time, the wealth of America, which is second in the report, has doubled in 20 years. According to the report, in the year 2000, American wealth was $ 90 trillion. The report says that due to not much increase in property prices here, American’s wealth remained less than China and it lost its number one position.

Today is a good chance to shop in Gold, cheaper up to 12000 rupees

27/09/2020/12:54:pm
London: Thousands of people gathered at Trafalgar Square on Saturday to join a 'we don't agree' rally to protest against restrictions aimed at preventing...

Will Air India go back to Tata? bid for disinvestment

21/08/2020/10:03:am
Hyderabad: A fierce fire broke out at the underground hydropower station on the banks of the Srisailam Dam in Telangana early Friday. So far...