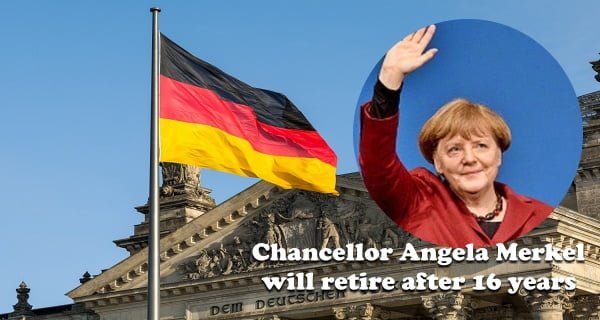 Berlin: Chancellor Angela Merkel, who ruled Germany for 16 years, is now ready to retire. In the general elections going to be held in Germany on 26 September, the only question in the minds of voters is who will come on top of Europe’s largest economy. This general election of Germany will also affect the stability of the country and the European Union. Angela Merkel is not standing in the election this time. For the first time in German history, Merkel will not be a candidate for the Vorpommern-Rügen-Vorpommern-Greifswald parliamentary constituency, which she has consistently represented since East Germany’s annexation in 1990.

Voting on Sunday pointed to a very close race between Merkel’s center-right Union Bloc and the middle-left Social Democrats. Armin Gasquet is in the race for the post of chancellor from Union Block. On the other hand, the outgoing Finance Minister and Vice-Chancellor Olaf Scholz is the candidate from the other side.

Recent polls show the Social Democrats to be marginally ahead. In a country with a population of around 83 million people, about 6.04 crore people are eligible to elect members of the lower house of parliament, which chooses the head of government.

No party seems to get a clear majority in the election. This shows that a coalition government is possible and it may take several weeks or months for a new government to be formed in this sequence. Merkel will remain the caretaker chief until the new government is formed.

There are six parties in the field
There are 299 electoral districts in Germany. The election symbols of 47 parties will be listed on the ballot paper. Each voter shall cast two votes on a ballot paper – one for the candidate standing in his constituency and one for the party list of candidates in his federal state. A vote limit of at least 5% limits the number of parties that, after voting, can send one representative to the Bundestag (Parliament of Germany). Political pundits of Germany believe that 6 parties can cross this limit.

What is in this election for India?
Germany is India’s largest trading partner in Europe. It is one of the largest foreign direct investors. There are more than 1700 German companies operating in India. Provides about 400,000 jobs directly and indirectly. Hundreds of Indian businesses are active in Germany and have invested billions of euros in the IT, automotive, and pharma sectors.

However, a free trade agreement (FTA) between the European Union and India has still not been agreed upon. In May this year, the European Commission and the Indian government expressed their willingness to resume talks on the FTA, which has been stalled since 2013. Apart from the economy, Germany is also a strategically important partner for India.

This is the reason why India will keep a close watch on the results of Germany’s general election. Without Angela Merkel, it will be a challenge for the next government of Germany to convert India’s strategy into concrete action. Apart from this, the extent to which Germany’s concerns about India’s human rights record could affect relations after the Merkel tenure will also be seen by India.

Operating system Android 12 coming soon, these special features will be available on your...

28/02/2021/4:20:pm
Google is preparing to launch a major Android update this year, which could be the first developer program for Android 12. In this Android...