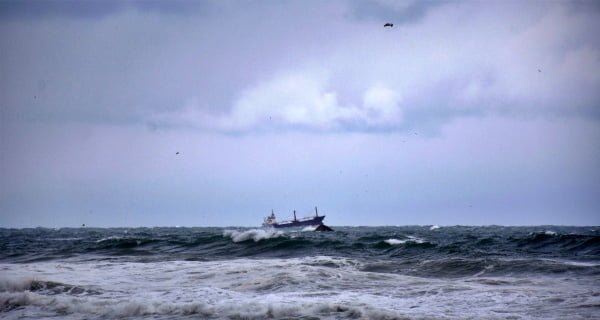 Istanbul: A Cargo Ship sank in the Black Sea in Turkey on Sunday, killing at least three people. This information was given by an official. The Ministry of Transport said that Palau’s vessel, named Arvin, was heading to the port of Baratin in north Turkey due to bad weather. The vessel broke into two and sank.

According to Anadolu, the Turkish Coast Guard has sent a vessel to assist in the rescue work. The Ministry of Transport stated that the crew on the ship had 12 members including two Russian citizens and ten citizens of Ukraine. The cargo was on its way from Bulgaria to Georgia.

09/01/2021
Shimla: In Himachal Pradesh on Saturday, the tremors of the Earthquake caused people to panic. According to the information, earthquake shocks occurred in Dharamsala...

24/06/2020
Indore: The outbreak of the epidemic started on Wednesday in Indore, which is among the worst affected districts of Kovid-19 in the country, completed...

Former McDonald’s CEO urged to dismiss lawsuit filed against him

18/08/2020
Chicago: Stephen Easterbrook, former McDonalds' chief executive officer (CEO), has urged the court to dismiss the lawsuit filed against him on behalf of the...

15/07/2020
Washington: US President Donald Trump said on Tuesday that he would soon sign a merit-based new immigration law. "We're about to sign an immigration...