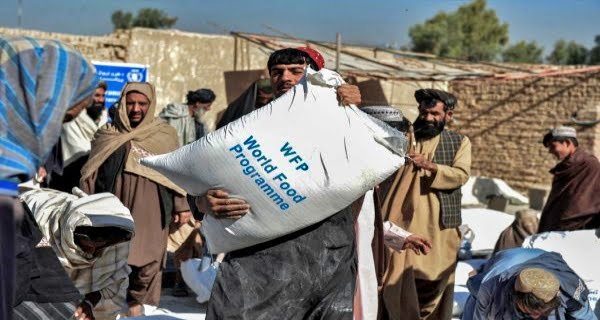 Kabul: The United Nations (UN) World Food Program (WFP) has warned that half of Afghanistan’s population or 22.8 million people will face food insecurity from November. This warning of WFP includes many reasons like Covid-19, drought, and conflict, which have affected the food system in the country on a large scale. The special thing is also that worrying figures have come out only two months after the Taliban took over the rule. The US Army returned home in August after staying here for two decades.

Afghanistan was also at number 103 in the recently released Global World Hunger. The list included 116 countries and the index described the level of hunger in Afghanistan as ‘severe’. However, this crisis is not the first or new for Afghans. A 2010 UN report said that poverty kills more Afghans than armed conflict. The reason for this was attributed to the lack of human rights on a large scale in the country.

Why is this crisis knocking
The Center for Strategic and International Studies has found that the food crisis in Afghanistan has increased significantly since 2014 due to drought, floods, economic and security-related challenges. In October, Nikkei Asia reported that food prices in Afghanistan were rising due to a fall in the local currency and reduced imports from Pakistan. Afghanistan imports most of the food items from Pakistan.

The report also said that according to Pakistan-Afghanistan Joint Chamber of Commerce and Industry (PAJCCI) vice-president Zia-ul-Haq Sarhadi, the Taliban raised the weekly withdrawal limit to $200 (about Rs 17,000 in Indian currency) from the bank. Due to which the consignment of food items coming from Pakistan has been reduced.

Dastarkhan-e-Meli was started in Afghanistan in view of the food crisis and rising unemployment among vulnerable communities. By May, relief packages were provided to 7 lakh 50 thousand Afghan families.

On the occasion of independence, PM laid vision for next 25 years, know...

15/08/2021/3:07:pm
New Delhi: Today where the country is celebrating its 75th Independence Day. Today, on this special occasion, Prime Minister Narendra Modi, in his eloquent...

Huge floods in UP, Most of the districts badly affected

14/08/2020/7:51:pm
Lucknow: Uttar Pradesh is suffering from heavy floods. Most of the districts of Purvanchal in Uttar Pradesh are badly affected by the flood and...

Indian-Americans are getting support for Trump in presidential election: White House

27/06/2020/3:31:pm
Washington: The White House made this comment in response to a poll that indicated that more than 50 percent of the Indian community in...

13/08/2020/5:13:pm
New Delhi: The Supreme Court has extended the deadline for registration of these vehicles, giving a big relief to the owners of BS-IV vehicles....