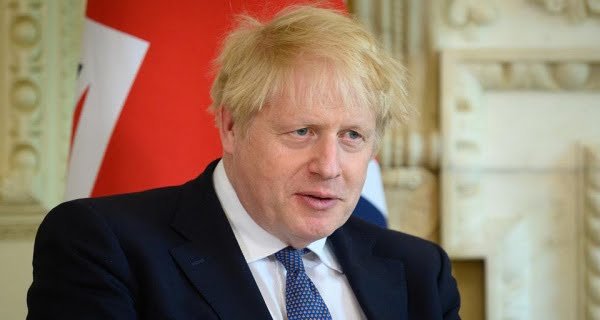 London: Britain’s Prime Minister Boris Johnson’s troubles are not taking the name of lessening. The matter is so serious that now the MPs of his party have started demanding his resignation. Because the matter is being told related to the culmination of insensitivity. Johnson has also apologized in the House of Commons on Wednesday amid growing outrage over reports of a party in the Garden of his Downing House residence during the Corona lockdown last year.

In the year 2020, when there was an attack of corona epidemic in the world, most of the devastation i.e. deaths from corona occurred in the countries of America (US) and Europe. That is when people of the whole world were imprisoned in their homes in the first lockdown of Corona, then the Prime Minister here was partying at his official bungalow. After the deaths in Britain in the first wave, there was an atmosphere of mourning in the whole country.

Johnson has been criticized by members of the opposition Labor Party as well as his own Conservative Party after an emailed invitation to the party to be held in the Garden of 10 Downing Street, the prime minister’s official residence, appeared in the media. There is a lot of pressure. Expressing regret in this matter, he admitted for the first time that he had joined the party. Johnson said he thought the event was within the scope of his work-related events.

In his statement in the House of Commons, the lower house of Parliament, ahead of the Prime Minister’s weekly question session, Johnson said, ‘I want to apologize. I know that lakhs of people in this country have made extraordinary sacrifices in the last 18 months.’ He said, ‘I know how they feel about me and the government led by me when they think that the people who make the rules Only Downing Street is not following the rules properly. I cannot predict the outcome of the current investigation, but I understand very well that we did not take certain things right and I must take responsibility.

He gave details of his presence at the garden party held ‘to thank’ his personnel.

Asked people to wait for the results of the investigation
Johnson asked Parliament to wait for the results of the ongoing investigation into cases of violation of lockdown rules by the people of the government. He also said, “I think it was a work-related event. Thinking far, I should send back everyone present there. I should have thought of some other way of thanking him.”

Labor leader Keir Starmer, on behalf of the opposition camp, launched a scathing attack on Johnson. “How ridiculous is his (Johnson’s) defense that he didn’t even know he was in the party,” he said. This is actually a joke of the British public.’ He asked, ‘When there was a lockdown in the whole country, he was partying in Downing Street. Now, will he take appropriate steps and resign?

Prime Minister repeatedly expressed regret
During this, Members of Parliament described the move of the Prime Minister’s apology as ‘too little and too late’, due to which the Prime Minister had to express regret again and again. Johnson said, ‘I want to reiterate that I thought it was a business event and I am very sorry that we did not see things differently than evening.’ He said, ‘I take responsibility and apologies. I ask But as far as his (Starmer’s) political stand is concerned, I think he should not speculate about the outcome of the investigation.

20/10/2020/11:42:pm
LACHEN, Switzerland:  Octapharma is pleased to announce that the U.S. Food and Drug Administration (FDA) has approved an updated Prescribing Information (PI) for NUWIQ®, Octapharma’s...

Kovid-19: The system of working from home will remain in force till 31 July...

15/06/2020/12:37:am
United Nations: United Nations Secretary-General Antonio  Guterres has said that the current work from home system at the global organization's New York headquarters will...

US ‘cheated’ with Afghans, gave list of US aides to Taliban!

27/08/2021/9:03:pm
Washington: US officials in Afghanistan handed over a "kill list" to the Taliban to target Afghan civilians who assisted US forces in the country....