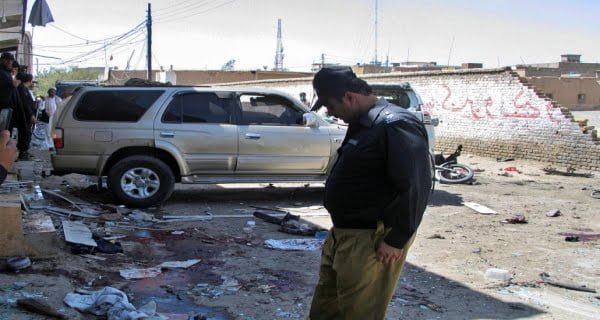 Quetta: In a bomb blast near the vehicle of an Islamic political party leader in Pakistan on Friday, six people died and many others were injured. Police and a government spokesperson gave this information. However, it is not yet clear who is behind the attack in Chaman town of south-western Balochistan.

Local police chief Abdul Bashir said the attack took place when Abdul Qadir, the leader of a faction of the Jamiat Ulema-e-Islam party, was going to attend a rally in support of the people of Palestine. No one has claimed responsibility for the attack yet and the police are investigating the matter.

Liaquat Shahwani, spokesperson of the provincial government in Balochistan, condemned the attack by tweeting. The attack comes at a time when people in Pakistan are opposing Israel from place to place. Pakistan is one of the few countries in the world that does not have diplomatic relations with Israel.