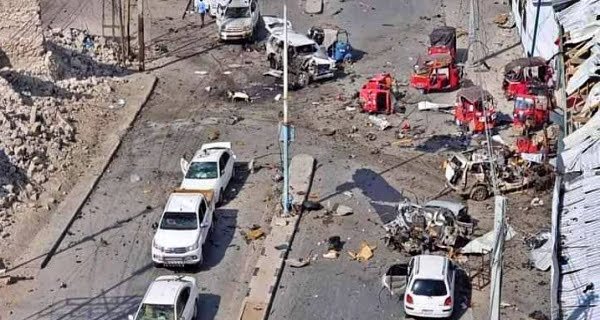 Mogadishu: A suicide attacker died due to an explosion in a vehicle near an investigation post outside the Presidential Palace in Somalia’s capital Mogadishu, and Seven civilians were injured. This information was given by the police.

Police spokesman Sadiq Ali Adan said the driver disobeyed the stop orders on Saturday morning after which the police opened fire while the passersby ran around to save their lives.

He said the explosion destroyed more than a dozen vehicles. This latest bombing occurred at a time when Somalia’s leaders are debating how to conduct the country’s elections. Some argue that President Muhammad Abdullahi has held the post for longer than the Mohammad mandate. He wants a second four-year term.

More discussion on the election is scheduled for Monday. Al-Shabaab militant groups linked to Al Qaeda in Somalia often target important areas of Mogadishu. He has threatened to target elections।

80 new special trains in the country from 12 September, reservation starts from 10...

The country’s first corporate train Tejas Express is going to be closed till further...

23/11/2020/1:45:pm
New Delhi: The country's first corporate train Tejas Express is going to be closed from Monday till further orders. This train is being closed...