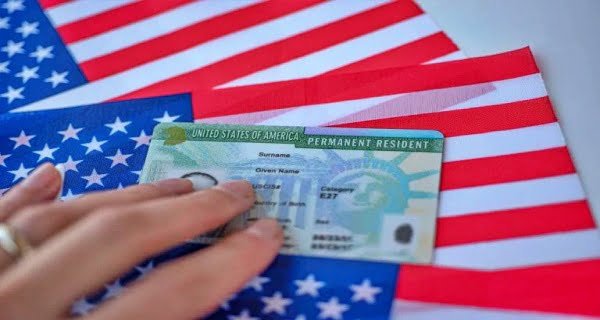 Washington: In the US House of Representatives, both parties jointly introduced a bill to remove the limit on Green Card based on employment given to each country. Congress members Joe Lofgren and John Kurtis introduced the bill and it is likely to benefit Indian IT professionals who have been waiting for a green card for a long time. The ‘Equal Access to Green Cards for Legal Employment’ (EAGLE) law, 2021, needs to be passed in the Senate first after which it will go to the White House for the President’s signature.

The bill seeks to remove the seven per cent per country cap on employment-based migrant visas. In addition, the limit of seven per cent per country on family sponsored visas has been increased to 15 per cent. “We all know that our immigration system is deeply flawed and has been flawed for decades,” said Lofgren, chair of the House Subcommittee on Immigration and Citizenship.

He said the basic framework for granting immigration visas dates back to the 20th century and was last seriously revised in 1990 when Parliament set a worldwide cap on the allocation of visas, and the seven per cent per country cap remains in place today, he said. .

10/07/2020/9:23:pm
Patna: In Bihar, four Naxals were killed today in an encounter with security forces in the forest area of Bagha in West Champaran district...

Modi is Not Just a Name but a Mantra that Generates Energy: CM Shri...

14/03/2021/11:15:am
New Delhi: The circumstances of COVID-19 in India are once again becoming uncontrollable. The number of coronavirus-infected patients is breaking records every day. Within...

30/11/2020/10:42:pm
Bhopal: Speculation of cabinet expansion in Madhya Pradesh has intensified once again. This time the speculation has been received after the meeting of Chief...