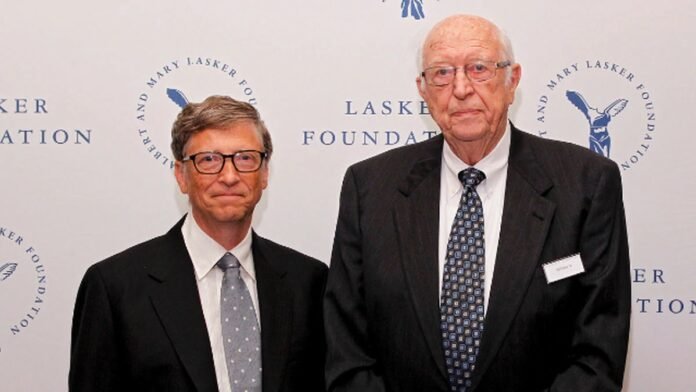 Washington: Bill Gates Sr. (William H. Gates II), the father of Microsoft’s co-founder Bill Gates, died on Monday at the age of 94. A statement issued by the family said that he was suffering from Alzheimer’s and was ill for a long time. Bill Gates Sr. was a prominent lawyer and breathed his last at his beach house in the Wood Canal area of ​​Seattle.

Bill Gate tweeted about his father’s death- ‘My father was the real Bill Gates. He was the person I always wanted to be like. I will miss him everyday now. According to a statement by the family, Alzheimer’s was the main cause of Bill Gates Sr.’s death. He stopped practicing in 1994 itself. It is believed that the Bill and Milenda Gates Foundation came into existence only after the father’s advice. Bill Gates has also told that in a conversation with his father while going to see a movie, he realized that he should do something for this world.

He further said that my father conceived this foundation and had worked hard for how it would work. He was always aware of human responsibilities towards society and wanted the same from me.

The tiger’s body was found buried in the sand of a pond in Shahdol,...

15/11/2020/10:47:pm
Shahdol/ Umaria: The body of a tiger was found on Sunday in Jamuniha village of Beohari range of Shahdol district bordering Panpatha buffer zone...

Kailash Kund yatra canceled this year due to Covid-19

13/02/2021/10:23:am
New Delhi: Loksabha on Friday approved the Arbitration and Conciliation Amendment Bill 2021 which sought to promote India as a center for international commercial...