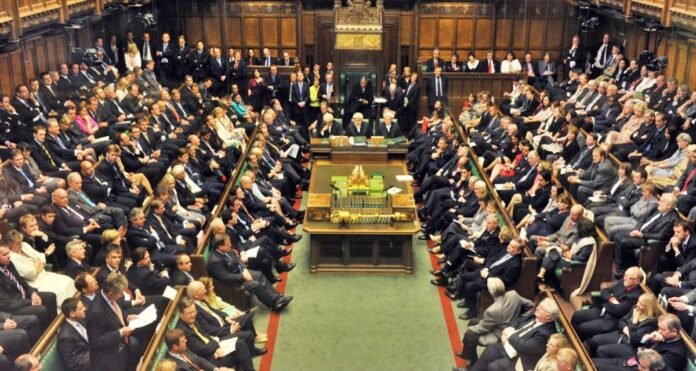 New Delhi: In a shocking case of its kind, the British intelligence agency MI5 (UK Spy agency MI5) has issued a warning saying that a Chinese citizen on behalf of the Communist Government of China has attacked the UK Parliament. have even infiltrated. The purpose of this Chinese citizen was to interfere in the internal politics of Britain. The intelligence agency has also claimed that the Chinese national is working for the Chinese government. China has been accused of this at a time when it already has many allegations of espionage. China has been accused of stealing information and manipulating politics around the world for some time.

Chinese national not known
Issuing a note in this regard, Parliament Speaker Lindsay Hoyle has said that Christine Ching Kui Lee is a Chinese citizen and is working to influence UK lawmakers on behalf of the Chinese government. Lee is quite famous in London. Although where he is at present, it is not known. Lee is accused of donating to British politicians. This fund has come from the citizens of China and Hong Kong. China has denied these allegations, saying that Britain is trying to intimidate China. It is not yet known what was the intention behind Lee’s funding.

What is the charge of Mi5?
Britain’s security services agency MI5 has issued this rare warning. This alert is known as a Security Service Interference Alert (SSIA). That is, this warning is issued only in very difficult circumstances. According to MI5, Li works on a secret plan for the United Front Work Department (UFWD) of the Communist Party of China (CCP). MI5 has said that Li is on the Chinese government’s mission to gather information and influence top officials. The note said that Lee has transferred funds to some sitting MPs and politicians who are eligible to become MPs. The reason why this fund has been given is not available. But it is certain that this fund has come from the Chinese government. Parliament’s note said that this act is completely unacceptable and all possible steps are being taken to stop it.

Lee is very famous in Britain
MI5 gives such warnings in very critical situations. The present warning has been given after talks with the MPs. According to the BBC, such a warning has been given against China for the first time. Earlier such a warning was given only once against Russia. Li runs a law firm in the UK and is working with the Chinese Embassy in London. He is highly reputed in London towards strengthening ties between China and the UK. Former British Prime Minister Theresa May has also praised Lee. According to records, Lee is a British citizen.

Pakistanis are fighting together with Taliban, giving testimony from ID cards found in Panjshir

04/09/2021/9:35:pm
Islamabad: After the Taliban took control of Kabul, the eyes of the world are fixed on the relationship between Afghanistan and Pakistan. There is...

16/08/2021/8:52:pm
Chandigarh: Chief Minister Captain Amarinder Singh on Monday urged the central government to evacuate all Indians, including 200 Sikhs, trapped in a gurdwara in...

Heavy rains continue in Tamil Nadu, 12 people have died so far; water on...

Trump has signed into law a massive 2.3 trillion spending bill that includes...