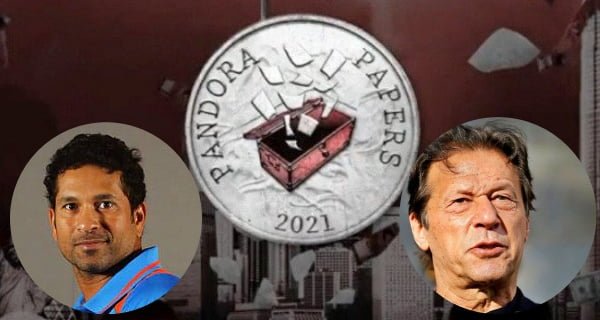 Washington: The International Consortium of Investigative Journalists (ICIJ) has once again released a report on tax evasion. Many revelations have been made in this report, as well as the names of some such veterans have also appeared in this report, which everyone is surprised to know. Many Indian celebrities are also involved in the tax evasion report. In this, the biggest name of the Indian former cricketer has also come to the fore.

Name of God of cricket
According to media reports, the name of Sachin Tendulkar, who is called the God of Cricket, has come up in this investigation. According to ICIJ, Sachin started selling his British Island property three months after the Panama Papers leak case. There is evidence about more than 60 Indians in this report, which will be presented soon. This report is being dubbed the ‘Pandora Papers’ because it has given information about the hidden wealth of the giants and corrupt people.

The names of these veterans appeared in the report
The billionaires named in the report include Turkish businessman Arman Ilysak and Robert T. Brockman, former chief executive officer of software maker Reynolds & Reynolds. Most of the accounts were used for tax evasion and capital concealment, the report said.

Names of five Indian politicians names not public
The names of five Indian politicians have appeared in the Pandora Papers, but their names have not been made public. But the stalwarts whose names have been revealed include former British Prime Minister Tony Blair, besides Pakistan Prime Minister Imran Khan and an aide of Russian President Vladimir Putin. According to the international news agency Associated Press, they have allegedly created companies and trusts abroad to hide assets and save tax.

How businessman Richard Branson traveled from poverty to becoming a billionaire

12/07/2021/10:27:pm
British billionaire Richard Branson, one of the world's most successful businessmen, has recently returned from space travel. Since then, his name is in the...

18/07/2020/10:00:am
Mito (Japan): Israel has been banned again amid growing infection with the coronavirus. Concerns have also increased in Japan's capital Tokyo and China's remote...

02/02/2021/10:29:pm
Ujjain: Jyotirlinga Baba Mahakala's darshan of Bhasmarti will have to wait for some more time for the devotees. Collector Ashish Singh has said that...

01/07/2020/10:16:am
New Delhi: In the international market, the effect of increasing prices of Crude Oil and other petroleum products is now clearly visible in the...