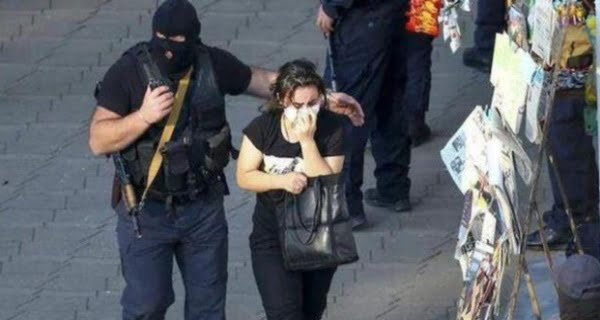 Tbilisi: Law enforcement agencies in Georgia, formerly part of the Soviet Union, spent a day on Thursday searching for a bank robber who demanded the release of more than 40 hostages in exchange for the release of officials. Found five million dollars and ran away. The incident happened in West Georgia on Wednesday when an armed man took the bank’s employees and customers hostage and demanded 500,000 in exchange for their release.

When the authorities provided him with the money, he asked for a car to escape. When the demand was met, he released most of the hostages and fled with three of them in a car. The robbers later left these people in a deserted area at night and went missing themselves.

At a government meeting on Thursday, Georgia’s Prime Minister Giorgi Gakharia instructed police to locate the robber as soon as possible and said there should be no confusion about not letting any criminals go unpunished. Can go

Home Minister Vakhtang Gomelauri told reporters that the looters’ demand was met because “the lives of the people are paramount to our government and to me.” He said it was not yet clear whether any of the hostages were also helpers of the robbers.

19/09/2020
Geneva: The World Health Organization (WHO) and UNICEF today signed a new collaborative framework which will accelerate joint public health efforts that put the most marginalized...

BMW Checks-in to the Leela Palaces, Hotels and Resorts

02/11/2020
Manila: A devastating typhoon hit the eastern part of the Philippines on Sunday, killing at least seven people and damaging several homes. The wind...

08/03/2021
Cairo: In the Yemeni Migrant Detention Center, eight people were killed and more than 170 people were injured in a fire at a Yemeni...

Trump’s refusal of digital debate with Biden, said – it’s just a waste of...

08/10/2020
Washington: President Donald Trump has said not to participate in a debate with Democratic Party candidate Joe Biden next week on Digital Presidential Debate....