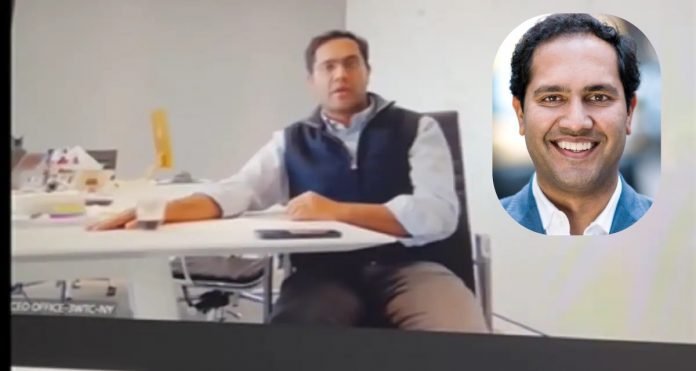 New York: Vishal Garg, CEO of financial sector company Better.com, has apologized for sacking 900 of its employees over a Zoom call. The Indian-American CEO said market efficiency, performance, and productivity were the reasons behind the massive layoffs. But his method was wrong. That’s why he apologizes. Better.com is invested by Soft Bank of Japan. Its valuation is currently $ 7 billion.

According to the report of Daily Mail, Vishal Garg sent an email to the rest of his staff on Tuesday. It wrote- The manner in which he spoke about the layoffs was not right. I have the decision to lay off, but I have failed to do it properly. I am ashamed of myself for doing this.

Better.com said in May that it would enter the public sector through a merger with blank-check firm Aurora Acquisition Corp. The deal was worth $7.7 billion. However, later things did not work out.
What happened in the meeting?
A company employee has posted a video on social media. In this, he said that he was given a pink slip in just three minutes. That is, his job was taken. The staff further said, ‘The market has changed. We have to go along with it to survive. We hope to take the mission forward as well.

These allegations against the staff
Garg first said that his production is nothing to remove the employees. Then said that you guys work only for two hours. After this, Garg said that they will get an email from the HR department. Earlier, a Forbes report said that in 2020, Garg had accused the employees of being lazy.

10/11/2020/11:15:pm
Hyderabad:  YASH Technologies, a leading global consulting, technology, and outsourcing organization, has announced that it is the first Indian IT solutions and services company to...

28/01/2022/9:00:pm
Indore: Finding spiritual guru Bhayyu Maharaj guilty of abetment to suicide by blackmailing him, a district court on Friday sentenced a 28-year-old woman and...

Jupiter is rising from March 23, these zodiac signs will have tremendous benefits in...

18/03/2022/9:59:pm
Changes in the zodiac signs of planets have a lot of importance in astrology. The transit of planets has a positive or negative effect...

Accident in tunnel of Narmada Valley Project, 9 people buried in the soil, 7...

13/02/2022/12:13:pm
Katni: A major accident took place in the Katni district of Madhya Pradesh on Saturday evening. The soil of the tunnel of the Narmada...

Azerbaijan claimed possession of villages amidst clashes with Armenia