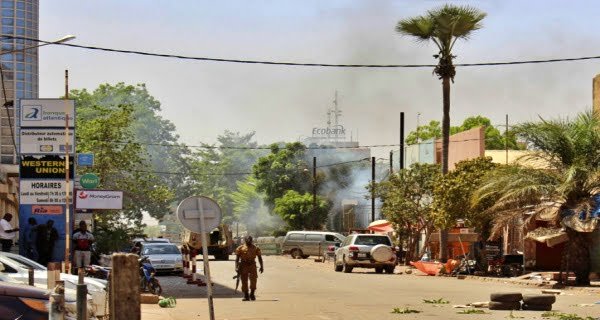 Niamey: Burkina Faso’s government said on Saturday that armed attackers killed at least 100 people in a village in the northern part of the country. This is the most violent attack in the last several years. In a statement, government spokesman Austin Tambora accused the jihadists, saying the attack took place on Friday evening in Solhan village in Sahel Yagha province.

He said several houses and a local market in the area near the border with Niger were also set on fire. West African country Burkina Faso’s President Roch Marc Christian Kabare called the attack ‘barbaric’. A man who went to see his relatives admitted to a hospital in Sebba town, about 12 km from the site of the attack, said on condition of anonymity for security reasons, that he saw several injured people being treated as they entered the hospital.

He said, ‘I saw 12 injured in one room and 10 people in another room. Many were taking care of their injured relatives. Many people are leaving Solhan and going towards Sebba due to fear and anxiety. The government has declared 72 hours of mourning in the country.

26/01/2021/6:17:pm
New Delhi: Farmers' union body Samyukta Kisan Morcha on Tuesday disassociated itself from those who indulged in violence during the tractor parade, and alleged...

Israel tops the corona vaccination, 10% population has been vaccinated

03/01/2021/10:27:pm
Jerusalem: Corona Vaccination campaign has begun in several countries around the world to deal with the Corona epidemic, but in this case the West...

04/04/2021/9:17:pm
New Delhi: In view of the increasing cases of corona in the country, the Prime Minister's high-level meeting with senior officials has ended (PM...