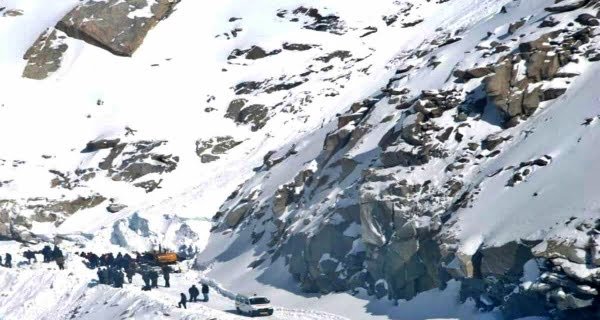 Tehran: An avalanche killed 10 people at several places in a mountainous region north of Tehran, the capital of Iran. According to the news, after the avalanche occurred in four areas, rescue teams have started searching for the missing people.

In the footage displayed on government TV, emergency teams are seen searching for missing and injured people with the help of helicopter. The incidents occurred on Friday after strong winds and snow a day earlier.

The avalanches occurred in the Albury hill region where people go for a weekend on mountaineering. Deadly avalanches rarely occur in Iran. In 2017, 11 people died in two avalanche incidents.

06/12/2020
New Delhi: The Indian Tourist Transporters Association and the Delhi Goods Transport Association have called for a strike on 8 December to show solidarity...

31/12/2020
Hong Kong: Jimmy Lai, a well-known media tycoon from Hong Kong, has had his bail rejected. This decision was taken by the apex court...

14/09/2020
Boston: Abraham Lincoln's hair bunch and a blood-stained wire detailing his assassination in 1865 were sold for over 81 thousand dollars during an auction...

Inflation rises before the festive season! Retail inflation rose to 7.34 percent in September