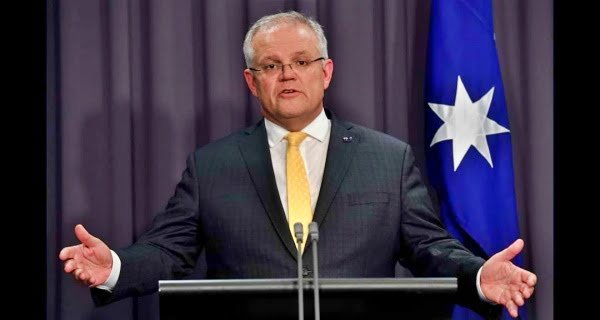 Canberra: Australia has changed a word in its national anthem to honor the indigenous people, which Prime Minister Scott Morrison termed “a sense of unity”. On the eve of New Year, Prime Minister Morrison changed the second line of the national anthem ‘Advance Australia Fair’ to ‘For We are Young and Free’ (We are young and independent) ‘We are one and free’ Announced to do. This change will come into effect from Friday.

Morrison said, “Now is the time to ensure that this great unity is fully reflected in our national anthem.” He said that Australia is “the most successful multicultural nation on earth”.

Morrison said, “This is a sense of unity, we ensure that our national anthem reflects this truth and shared appreciation.” Australia’s Minister for Native Affairs, Ken Wyatt, said in a statement that he was asked about the change and lent his support to it.

Like Tirupati and Golden Temple, 250 kg gold will be mounted on Mahakal temple

10/08/2020/10:28:pm
Ujjain: The world-famous Mahakal Temple situated in Ujjain, the religious city of Madhya Pradesh, will also glow like gold. One of the 12 Jyotirlingas...

26/10/2020/11:00:am
Washington: Democratic presidential candidate in the United States, Kamala Harris, has said that her party's views on issues such as health care and the...

Washington University made a special chemical, claims to protect against SARS as well as...

13/10/2021/10:39:pm
Washington: Scientists have developed a chemical compound that they say can prevent infection caused by the SARS-CoV-2 virus. He has claimed that the severity...