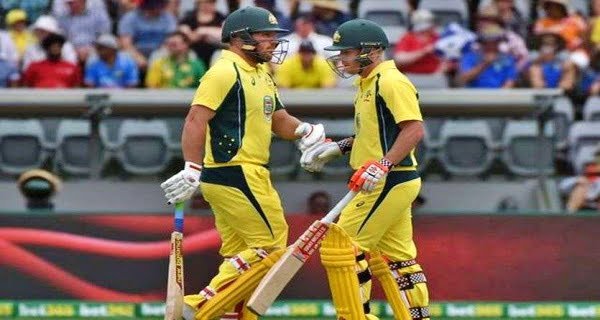 Sharjah: Australia defeated West Indies by 9 wickets in the crucial match of the T20 World Cup today. Chasing 158 runs to win, the Australian team achieved this target in the 16th overs losing just 2 wickets. David Warner scored an unbeaten 89 off 56 balls while batting brilliantly for Australia. His innings also included 9 fours and 4 sixes. The West Indies had only two successes in the form of Aaron Finch and Marsh. Finch was bowled by Hussain on the personal score of 9 runs. After this, Mitchell Marsh supported Warner and scored 53 runs in 32 balls. Gayle took his wicket.

Earlier, Australia won the toss and decided to bowl first. West Indies scored 157 runs for the loss of 7 wickets in 20 overs. Chris Gayle and Evin Lewis made a good start, but Gayle failed once again and returned to the pavilion after scoring 11 runs. Lewis definitely contributed 29 runs and took the innings. After this, Nicholas Pooran and Roston Chase got out early. But Hetmyer and captain Pollard batted freely. Hetmyer scored 27 runs in 28 balls, while Pollard scored 44 runs in 31 balls to bring the team’s score to a respectable level. Later, Andre Russell scored 18 runs in just 7 balls to take the team’s score to 157. Josh Hazlewood bowled amazingly for Australia and took 4 wickets in 4 overs to stop West Indies from scoring a big total.

England will face South Africa in the second match today. England is currently at the top of the group’s points table with eight points and a better run rate after winning four matches in a row. Australia has also won this match and got 8 points. If South Africa also beats England in today’s second match, then all three teams will have 8 points. In such a situation, on the basis of net run rate, it will be decided which two teams will reach the semi-finals.

26/09/2020/10:30:am
Tokyo: Japan's new Prime Minister Yoshihide Suga has said that he and Chinese President Xi Jinping agreed on Friday to work together, including high-level...

Pakistanis will not be able to visit China, due to Corona, imposed ban

15/01/2021/10:15:pm
Beijing: Pakistan has been considered as a close friend of China for a long time. Whenever Pakistan gets caught in an economic crisis, the...