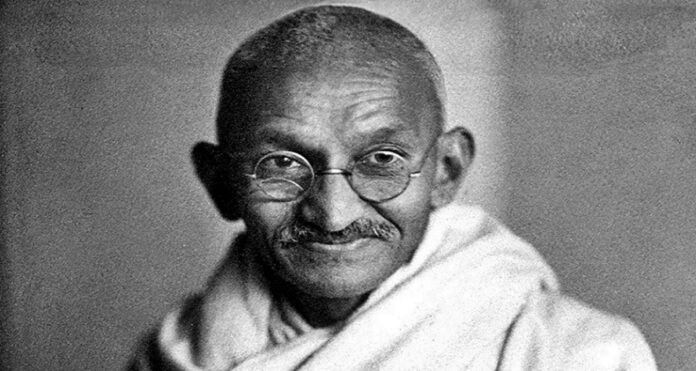 London: In Britain, things related to Mahatma Gandhi are going to be auctioned in an online auction. Among these things are his wooden slippers, a picture which is being said to be the last photo of Gandhi alive. The auction of Bapu’s personal belongings is expected to raise over half a million pounds. In all, 70 items related to Mahatma Gandhi are expected to raise £500,000 (Rs 4.74 crore), according to the Express report. The most important items on the list are his hand-made loincloth, letters written during his imprisonment, and his two pairs of slippers.

The online sale, which will end on 21 May, is in the hands of East Bristol Auctions, which sold a pair of Gandhi glasses for £260,000 in 2020. According to Express, auctioneer Andrew Stowe said these items are actually some of the “most important things” he’s ever seen at auction. Stowe said the collection is “also important to the history of the world.”

The collection includes a special picture of Mahatma Gandhi
Also, according to media outlets, there is a standout in the collection which is believed to be the last picture of Mahatma Gandhi while he was alive. According to the description of the photograph, the unseen photograph was taken by his personal physician at Birla House in New Delhi in 1947. In the small black-and-white photograph, Gandhi is seated, possibly with a spinning wheel or similar wooden instrument. In this, he can be seen wearing a cap. Apart from this, another added attraction at the auction is the presence of Gandhi’s trademark loincloth. It is expected to cost between 15,000 to 25,000 pounds. Among the special things he has his own signature – “Bapu”.

These items are also included in the auction
Also for sale is a handmade waistband that was given to Gandhi just before his famous Salt March in the 1930s. It also includes a picture of the waistband being presented to the eminent person. The cost of the sash is estimated to be between £6,000 and £8,000. In all, the sale includes Gandhi’s hand-written letters, a pair of his sunglasses, an ink pen from his desk, and a pair of glasses, among other items.

Omicron’s havoc in the US, number of Covid patients in California crosses 5 million

29/12/2021/2:55:pm
Washington: Countries around the world are facing the havoc of Omicron, a new variant of Coronavirus these days. Corona continues to wreak havoc in...

21/03/2021/7:03:pm
Bhopal: Corona infection is moving towards creating a serious crisis in the state. It is necessary for our prevention to be stable. Apply the...

By-elections in 56 assembly seats will be held on November 3 and 7, counting...

29/09/2020/9:40:pm
New Delhi: After a long wait, the Election Commission has finally announced the dates for the by-elections in several states, including Madhya Pradesh,...

Patna turned into a lake after heavy rains! Water filled in many ministers’ houses

04/07/2020/9:19:pm
Patna: After the heavy rain in the capital of Bihar, waterlogging has occurred in many areas. According to the information, water has entered the...

21/12/2021/9:54:pm
Lahore: Punjab, Pakistan, farmers have intensified their attitude. They are protesting against the provincial government on the issue of over-billing in electricity bills and...

If elected president, I will stand with India in dealing with...

The first look of the movie ‘Spencer’ based on Princess Diana...