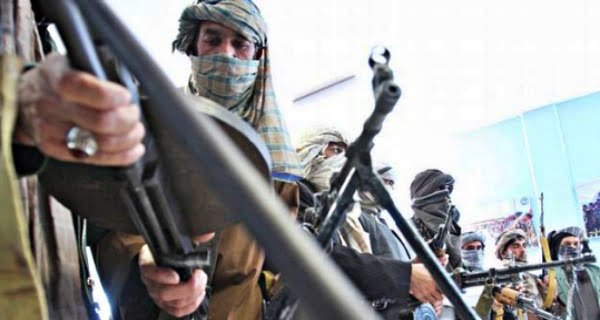 New Delhi: Taliban’s alliance with Pakistani terrorist organizations Lashkar and Jaish is being seen in Helmand and Kandahar in Afghanistan. According to intelligence sources, in the Helmand area, at the behest of the ISI and with the consent of the Taliban, Lashkar attacked hospitals, dispensaries, administrative, buildings and 16 schools built by India, damaged it and captured many. Out of this, two hospitals in Helmand have been captured by the Taliban, and the doctors and other staff of hospitals in its administrative block are being held hostage and through them, the injured jihadis are being treated.

Something similar is happening in Kandahar with the consent of the Taliban. The Taliban is opening its office thereby capturing the buildings built by India. Terrorists are being trained in these buildings. Actually, American forces are gradually withdrawing from different areas of Afghanistan. The Taliban is taking control of these areas. Thousands of tons of steel, iron, a variety of mixed elements were used in laser-melted armored vehicles, tanks, trucks, and weapons, and a variety of other equipment during the withdrawal of US troops from areas such as Bagram, Helmand, Kandahar. Taliban is conducting an auction.

The Pakistani army is also buying all this
One thing to note in this whole episode is that there is also a buyer of such steel, iron, and mixed elements in the Pakistani army. Taliban is making big money through its sale. Intelligence agencies fear that the metal used in the weapons of the US forces could be used for reverse engineering.

23/06/2021/9:44:am
Dubai: US officials on Tuesday blocked several 'news websites' affiliated with the Iranian government. This is a move that can be seen as a...

This year’s Ganeshotsav in Mumbai may fade, know what changes will happen

09/08/2020/11:36:pm
Mumbai: The financial capital of the country (Financial Capital Mumbai) is considered to be the biggest festival of Mumbai. After weeks of hard work...