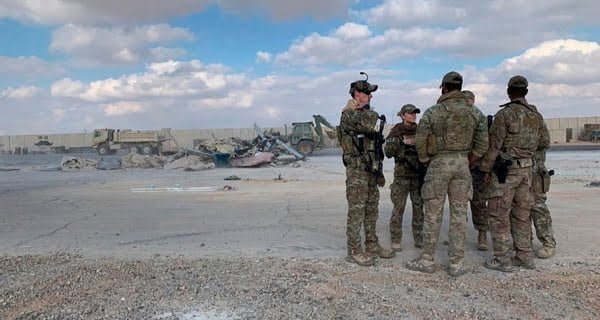 This is the first attack since the US conducted airstrikes last week targeting the bases of Iran-backed militia organizations near the Syrian-Iraq border. Let me tell you that such attacks are not new in Iraq. Earlier, a similar attack was carried out in northern Iraq in February. On 16 February, a member of the US-led military coalition was killed and eight others were injured in rocket attacks near Irbil International Airport in northern Iraq. The US military base is located near this airport.

Small Shia terrorist organization claimed responsibility for the attack
The rockets were fired from an area south of Irbil near the border with Kirkuk province, which fell into residential areas near the airport. Iraqi President Barham Saleh condemned the attack, calling it a sign of “escalating tensions”.

At the same time, Kurdish officials appealed to the people of Irbil to stay away from the affected areas and stay at home. After the attack, a small Shia terrorist organization claimed responsibility for the attack, calling itself the ‘Guardians of Blood Brigade’.

According to the Shia Intelligence Group, he claimed, “US services will not survive our air strikes, not even in Kurdistan ….” Rockets were fired near the airport on 30 September.

24/03/2021
Dubai: A huge container stuck in the Suez Canal (Egypt) has caused traffic jams in the sea. This container is considered to be one...

07/02/2021
New Delhi: Guru Randhawa, who has made a name for himself from the Punjabi film industry to Bollywood, is now ruling people's hearts after...

16/08/2020
Mumbai: The Meteorological Department has issued a 'Red Alert' for sporadic heavy rains at isolated places in Pune and Satara districts of Maharashtra on...