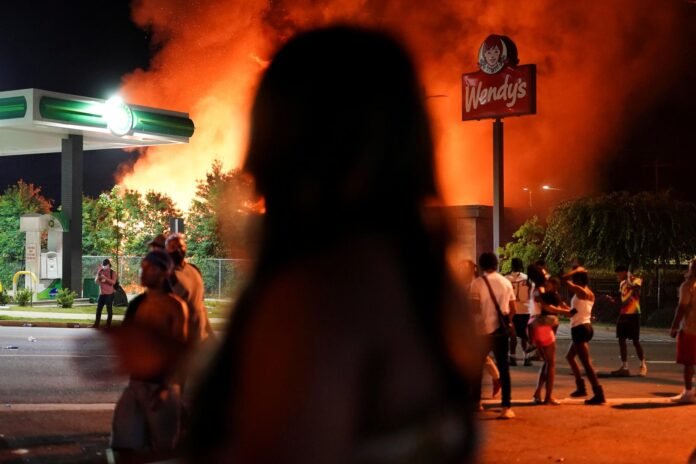 Washington:(UNI) A medical examiner in Atlanta, Georgia, on Monday declared the death of an African-American man to be homicide after he was shot in an encounter with the police.

Rayshard Brooks died while fleeing from two white police officers in a restaurant car park late on Friday night.
Protests erupted soon after his death, weeks after another black man, George Floyd, was killed in police custody in Minneapolis.

13/08/2020/7:55:pm
Mumbai: There is good news for the fans of Bollywood actor Akshay Kumar. Akshay Kumar has made his place in the list of Highest-Paid...

26/01/2023/10:17:pm
New Delhi: Film world's famous personality Annu Kapoor was admitted to the hospital after chest pain. The news is coming that he had a...

20/06/2022/8:58:am
New Delhi: In protest against the 'Agneepath' military recruitment scheme, some organizations have announced a Bharat Bandh today. Keeping this in mind, the state...

Amidst Russia-US tension, Imran Khan said, Pakistan will not join any...