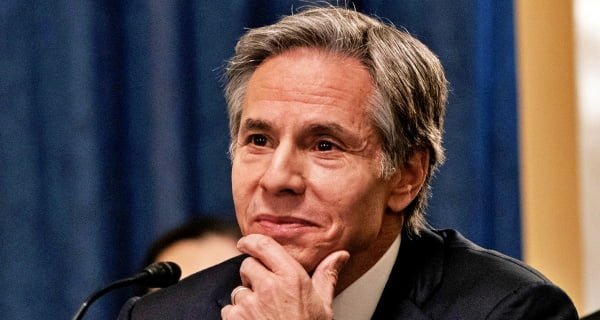 Washington: The new Secretary of State for America, Anthony Blinken, took over from neighboring Mexico, and Canada, and Canada and his two allied countries of Asia, South Korea, and Japan and launched a new energy campaign for American diplomacy.

Blinken’s call to his South Korean and Japanese counterparts, a longtime ally of President Joe Biden, is an indication that the Indo-Pacific region should be given full attention by the Biden Administration Giving, which was initiated by the Obama Administration and strengthened by the former Trump Administration.

On Tuesday, Blinken (58) was sworn in by Carol Z. Perez, soon after the US Senate approved the name. He is the Executive Under Secretary of the Ministry of External Affairs on Perez Management. On Wednesday, Blinken will be given a formal reception at the Foreign Ministry.

He tweeted, “We will give new energy to American diplomacy to advance our interests and values ​​in the world.” He said, “American leadership matters and we have that unique ability to bring our allies together to deal with the challenges of today.” We will jointly implement President Biden’s approach to foreign policy that promotes America’s security, prosperity and values, and that is fruitful for the American people. “

13/11/2021/9:46:am
The Hague: Almost two years after the Coronavirus Pandemic, cases of infection are increasing in Western Europe, while vaccination rates in the region are...

23/02/2021/10:25:pm
New Delhi: Charges have been framed against the Kashmiri separatist leader Asiya Andrabi by the NIA Court of Delhi under the sedition, terrorism and...

British Prime Minister Johnson’s wife Carrie Johnson said she is going to be a...

01/08/2021/11:15:am
London: British Prime Minister Boris Johnson's wife Carrie Johnson is going to become a mother for the second time. He himself announced this on...

US opposes release of fugitive Tahavur Rana in 26/11 attacks, says...