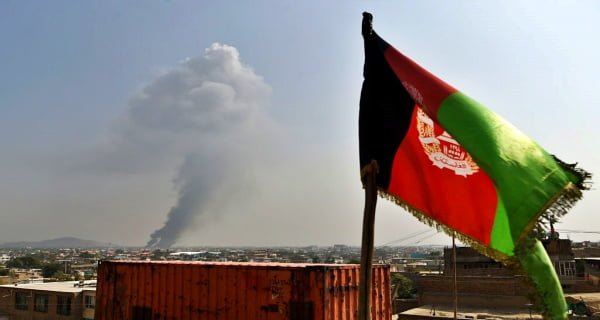 Washington: America has said that Pakistan has shared interests with it in not giving shelter to terrorists on the border with Afghanistan. Pentagon Press Secretary John Kirby said in an informal conversation with reporters on Thursday that the US has discussed ways with Pakistan that can help make the border safer and more stable and secure for Afghanistan. Contribute to a secure future.

Taliban militants have seized dozens of districts and major border posts in recent weeks and are believed to have captured a third of Afghanistan in the wake of US and Western forces withdrawing from Afghanistan by September 11.

Kirby was asked whether the Pentagon had found any evidence that the Pakistani Air Force helped the Taliban take control of areas, particularly Kandahar province. “We believe that Pakistan’s interest is in a stable, secure Afghanistan and we have long believed that the border between the two countries has been used as a safe haven by some terrorist groups, including the Taliban, in the past,” the press secretary said. Pakistani people themselves have become victims of terrorist attacks from the border areas.”

Number of COVID-19 infected in the country crossed 1.5 million

28/07/2020/9:43:pm
New Delhi: Corona virus continues to wreak havoc in India. By Tuesday night, the number of infected has crossed 15. According to website Kovid...