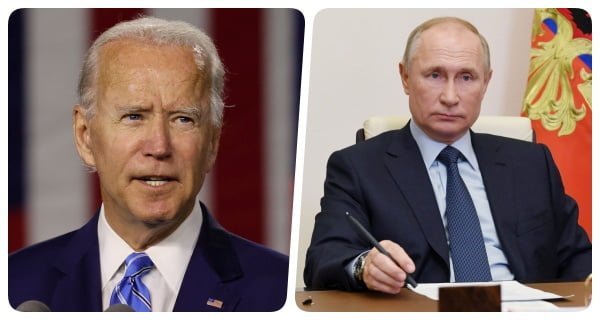 Washington: US President Joe Biden has said that he believes that Russian President Vladimir Putin does not want a complete war with Ukraine. , but if he proceeds with military incursions, he will have to “pay the price”.

Biden, speaking at a news conference marking one year of his presidency, said he believes Russia is preparing to act on Ukraine, although he does not think the Russian president has finalized yet. has decided. He said he would limit Russian access to the international banking system if Russia invades Ukraine further.

Biden said, “I don’t think he has decided yet what he needs to do. I think he will take action.” Hours before Biden’s statement, US Secretary of State Antony Blinken during his visit to Kiev accused Russia of planning to deploy more than 100,000 troops to Ukraine’s border and said the number should be doubled. can.

Blinken did not give any details but said that Russia has sent numerous troops from the country’s Far East to its ally Belarus, with the aim of carrying out a war-like activity next month. Belarus also shares a border with Ukraine. The US president said he believed the decision would be “entirely” with Putin.

He said he was not entirely sure whether the Russian officials with whom the top White House adviser is in talks were fully aware of Putin’s views. “The question is, do the people he is talking to know what he (Putin) will do,” Biden said. “We will impose sanctions like never before,” Biden warned. It’s not going to be easy for Russia.

If they did something like this, they would have to pay a big price for it….” Meanwhile, Ukraine said it was prepared for the worst and will face any difficulties that come along the way. The President asked the people of the country not to panic.

12/09/2020/10:50:am
Caracas: Venezuela President Nicolas Maduro said on Friday that authorities have arrested an American spy targeting two refineries on the North Caribbean coast. Once...

Trains will run between Mumbai and Bihar in June also, railways have increased fare

30/05/2021/7:32:pm
New Delhi: The second wave of the Corona Virus has created a furor in the country. Lockdown, Night Curfew, and strict restrictions have been...

Heavy rain again in many areas of Hyderabad

18/10/2020/12:33:am
Hyderabad: Rain has started once again in Hyderabad, the capital of Telangana, troubled by heavy rains and heavy havoc. Since late Saturday evening, many...

Will the International Space Station be able to run without Russia, what NASA says

29/03/2022/9:13:pm
New Delhi: The biggest threat in the Russia-Ukraine War is at present to international cooperation in the field of space. As soon as this...

As Gaza Burns Again, How Peace Has Gone Missing From Process...

Will BRICS conference be online? The meeting is to be chaired...