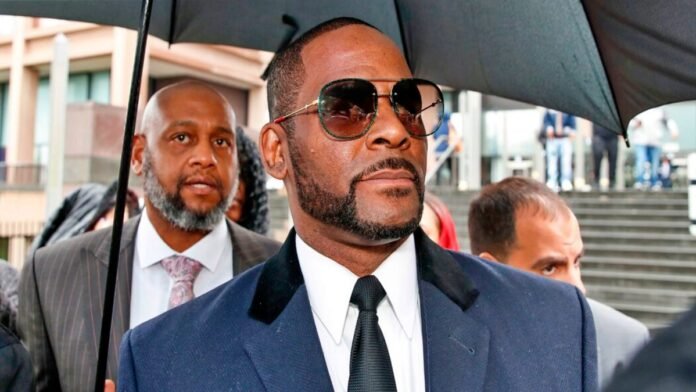 New York: American singer R. Kelly has been found guilty of sexually abusing children and women. He has been sentenced to 30 years in prison for using his celebrity status in a case of exploitation.

The 55-year-old pop singer was convicted of fraud and sex trafficking offenses in New York in September last year. The judge, while hearing the sentence on Wednesday, said that he (R Kelly) had “indifference to human suffering”.

Singer R Kelly, whose real name is Robert Sylvester Kelly, says he will appeal further against the sentence.

A woman known as Angela called the singer a pied piper who “grows into wickedness” with each new victim. Others, whose names were not disclosed, had broken their spirits.

Another victim said, “It made me feel like I really wanted to die at that time.”

It is being told that at the time of the pronouncement of the verdict, Kelly appeared in the prison dress and black glasses. During this he refused to say anything, did not respond and kept his head bowed.

US District Court Judge Ann Donnelly said in the ruling that while R Kelly used sex as one of his weapons, he treated the victims in a manner that was uncalled for. These victims later also came under the grip of sexually transmitted diseases.

The judge further said during the judgment, “You told them that love is slavery and violence.”

The court heard how Kelly, best known for hits like “I Believe I Can Fly and Ignition,” had used her influence to woo women and children into sexual abuse for two decades.

At her six-week trial in Brooklyn, jurors heard how she trafficked women in various US states. It was assisted by his managers, security guards and other members of his team.

The court also heard how Kelly married 15-year-old singer Aaliyah illegally in a certificate showing her to be 18. However, their marriage was later annulled. After 9 years of marriage, Alaya was killed in a plane crash.

Talking to reporters further, she said, “There was not a single day in my life until this moment when I truly believed that the judicial system would come for black and brown girls.”

He further told the media, “I am very happy with the result. I am very proud of my judicial system. I am also proud of the comrades who survived that pain.

JEE Advanced 2021 postponed, exam to be held on July 3

Sir Ganga Ram’s mausoleum in Lahore will be reopened to the general public, was...

We have artificial sun that is 10 times more powerful than...

How world’s most clever spy software Pegasus working, secret has been...