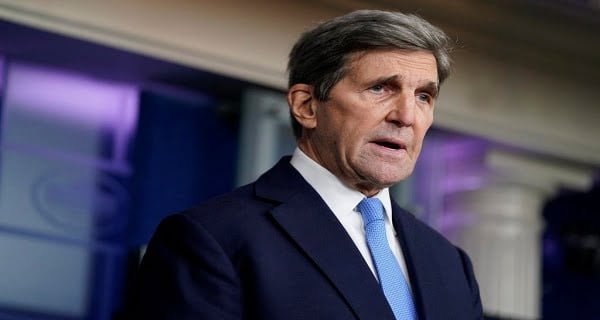 Washington: America has again started its efforts to deal with the dangers of climate change. In this connection, John Kerry, , was on a three-day visit to India. The immediate objective of Kerry’s visit is to interact with the participating countries before Biden’s Clement Leaders Summit. PM Narendra Modi has been invited to this virtual summit.

The United States is in an effort to regain the leadership of the campaign to combat global climate change. Its aim is that by 2050 carbon emissions should be made negligible. Several other countries, including Britain and France, have already enacted laws that target net-zero emissions by the middle of this century. The European Union is also working on making such a law, while many other countries including Canada, South Korea, Japan and Germany have expressed their intentions regarding net zero. Even China has promised net-zero emissions by 2060.

India is opposing net-zero emission
After America and China, India is the third-largest greenhouse gas emissions country in the world. The purpose of John Kerry’s visit is to persuade India to take a pledge of net-zero emissions by 2050. America wants India to give up its old stand. But India is currently opposing net-zero emission as it is likely to be the most affected by it, it has to speed up its growth rate so that hundreds of crores of people can be lifted out of poverty. Emissions cannot be replenished by increasing the forest or by taking any other measures. Most of the carbon removal techniques are either unreliable or very expensive.

28/06/2020
New Delhi: Indian Railways has decided to grant full refund of all the tickets booked for the regular timetabled trains for journeys scheduled to...

25/08/2020
United Nations: The United Nations (UN) counter-terrorism chief said that more than 10,000 of its militants are still active in Iraq and Syria, two...

Railway’s statement amid Corona’s second wave, will train to stop?

14/04/2021
New Delhi: In view of the increasing cases of Corona, the state governments have started increasing restrictions. Night curfew has been imposed in many...

17/10/2020
News Delhi: Consumers who book an LPG cylinder will now need a one-time password (OTP) to be delivered at the doorstep. Here is a major...