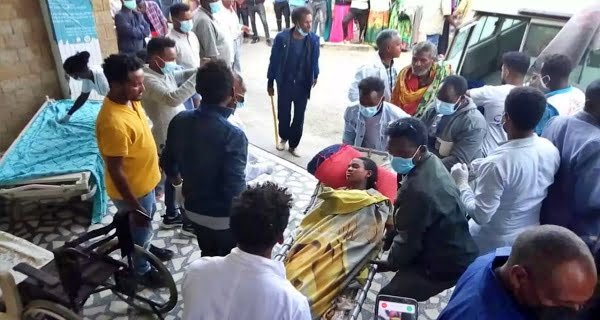 Nairobi: At least 51 people were killed in an airstrike on Tuesday at a busy market in Togoga village, north of Tigre in Ethiopia. Health workers said that the soldiers did not allow the medical personnel to go to the spot.

An official from Tigre’s health bureau told The Associated Press on condition of anonymity that more than 100 people were injured in the attack, of whom more than 50 were seriously injured. Apart from this 33 people are missing. The alleged airstrikes in Togoga come amid fierce fighting in the region since the conflict began in November.

Meanwhile, an army spokesman and a spokesperson for the Ethiopian prime minister did not respond to requests for comment. Some of those injured in the attack are being treated at Ayder Hospital in Mekele. Injured patients told health workers that a bomb was dropped from a plane on Togoga’s market.

18/08/2020/10:22:pm
Washington: The Trump Administration has increased the toughness of the technology company of China (Huawei). The administration is taking steps that do not allow...

Janmashtami will be celebrated in Braj traditionally, there will be a system of online...

11/08/2020/8:26:pm
Mathura: Like every year in Brij, the birth anniversary of Shri Krishna will be celebrated with full pomp. Most of the temples have arranged...

20/08/2020/10:45:am
New Delhi: The World Bank on Wednesday indicated that it may further reduce the economic growth forecast for India. He also said that to...

29/08/2020/10:22:am
Los Angeles: Actor Chadwick Boseman, who rose to fame as the Regal Black Panther in the Marvel Cinematic Universe, died of cancer on Friday....

Get discount of 2.25 lakh rupees on Harley-Davidson bike, know the full offer

30/03/2021/2:22:pm
New Delhi: Hero Motocorp has launched a special offer for Hero's business partner along with his employees and their family members. Which the company...