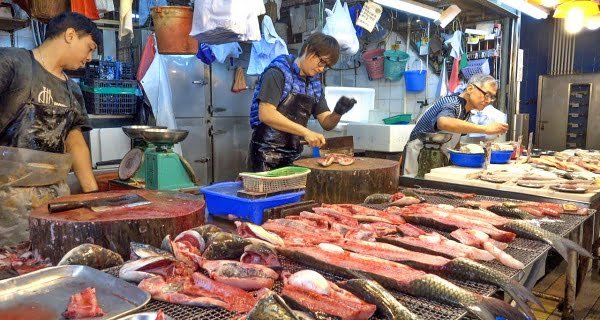 Beijing: Right now the world is dealing with Corona itself that in the meantime a mysterious disease has killed 7 people in Hong Kong. Experts have described it as an Outbreak of Bacterial Infection. People are being warned about seafood. Hong Kong’s Wet Markets has said that it has seen a bacterial infection associated with freshwater fish.

So far 7 people have died due to this infection. According to the report, the Center for Health Protection (CHP) has confirmed on Thursday that it has identified a group of 32 people infected with the same ST283 strain of bacteria.

After the detection of Group B Streptococcus bacterial infection in about 79 cases, medical experts have advised people not to eat seafood. All these cases have come between September and October 10. According to the CHP, after the arrival of 9 cases on Thursday, the total number of patients has now increased to 88.

The chairman of the Hong Kong Chamber of Seafood Merchant, Lee Choi-wah, said that business would come to a standstill after the new mysterious disease. He has asked the shopkeepers and customers to be careful while buying and selling fish. According to the report so far, this disease is being associated with grass carp, bighead carp, and snakehead fish.

Group B Streptococcus bacteria are mostly seen in the intestines, urinary and reproductive parts. It usually does not cause problems and does not show any symptoms. But it can increase the risk of infection of the blood, bone, lungs, or protective membranes covering the brain and spinal cord.

US airstrike near Kabul airport, ISIS-K terrorists were on target: Reports

Ukraine’s plane hijacked in Kabul, news of it being taken towards Iran

24/08/2021/3:50:pm
Kabul: There is news of a Ukrainian plane being hijacked in Kabul, the capital of Afghanistan. This plane had reached Afghanistan to evacuate Ukrainian...