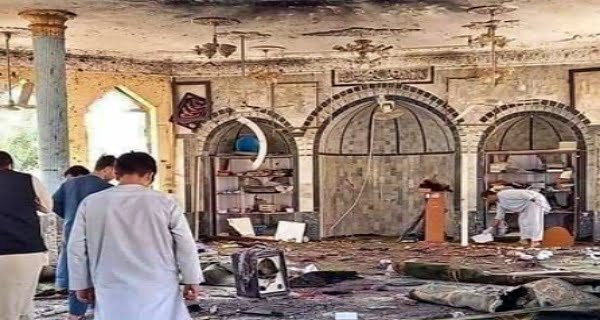 Kabul: Several people were killed in a powerful explosion on Friday at a mosque in northern Afghanistan. After this blast in the mosque, America and Britain warned their citizens to stay away from hotels in Kabul, the capital of Afghanistan. According to an AFP report, an advisory has also been issued regarding this matter, in which it has been advised to stay away from big luxury hotels.

The report said that citing “security threats” in the area, the US State Department said that “US citizens who are in or near major hotels in Kabul should move away immediately.” At the same time, the report quoted the UK Foreign Office as saying that, “In view of the increased risk, it is advisable not to stay in hotels, especially in large hotels) in Kabul).

The blast took place in a Shia mosque in Kunduz province during the weekly Friday prayers. Witnesses said they heard an explosion while they were offering prayers. According to news reports, so far at least 46 people have been killed in this incident while many people were injured.

26/03/2021/10:49:am
Washington: Vaccine manufacturer Pfizer said on Thursday that it had included in the clinical trial of anti-corona vaccine on children under eleven years of...

New record of Corona in UP, more than 33 thousand new cases came out,...

21/04/2021/9:01:pm
Lucknow: Coronavirus is becoming uncontrollable in Uttar Pradesh. Because of this, the situation is getting serious. According to the data released by the Health...

Non-local laborers on target of terrorists, order issued to send them to security camps...

17/10/2021/10:00:pm
Srinagar: Police and administration have swung into action after non-local laborers were continuously targeted by terrorists in Jammu and Kashmir. According to news agency...

Donald Trump should not launch a nuclear attack, Nancy takes steps to stop