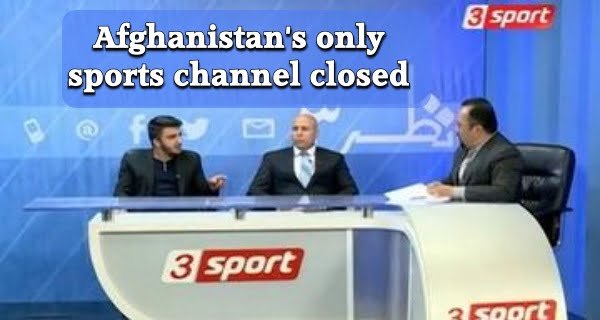 Kabul: Afghanistan’s only sports channel, facing sanctions imposed by the Taliban, was also closed. In its report, Tolo News quoted the head of the organization as saying that apart from Taliban sanctions, the economic condition of Afghanistan is also a major reason for the closure of the channel. Shafiqullah Salim Poya, the head of the channel said, “The main reason for the channel to stop broadcasting is the ban imposed on the media, especially 3sports channel. The media is facing problems on social, economic, and political fronts.

Payo said that Afghan journalists are facing many difficulties in the course of their duties. It is noteworthy that a few weeks ago, about 150 media houses in Afghanistan have been closed. The main reason for this was the economic and political crisis.

After the terrorist organization Taliban took over Afghanistan, the process of taking ul Julul decisions is going on. Her decisions are also affecting sports. She is already against women’s participation in sports and has now banned the broadcast of the Indian Premier League in Afghanistan due to the presence of female spectators in stadiums. Gave. The Taliban said that anti-Islamic content is displayed in the IPL. That’s why it is banned. He only objected to the arrival of female spectators in the stadiums.
Recently, the Taliban announced 11 rules for journalist organizations while imposing some more restrictions on the freedom of the media in Afghanistan. Publication of any material against Islam is banned under these rules. Publication of derogatory material against national figures has also been banned. Journalists have been asked to report their reports to the government media office.

Not only this but changes have also been made in the content shown on private TV channels by the Taliban. Important news bulletins, political debates, entertainment and concerts, and foreign dramas have been replaced by programs tailored to the Taliban government. Meanwhile, the Committee to Protect Journalists (CPJ) called on the Taliban to immediately stop detaining journalists in Afghanistan and allow the media to operate freely without fear of reprisal.

21/07/2020/11:08:am
After Reliance Jio and Airtel, now Vodafone Idea has also launched its eSIM service in India. At present, this service has been brought only...

Pidilite’s Board Appoints Mr. Rajeev Vasudeva as the Additional Director