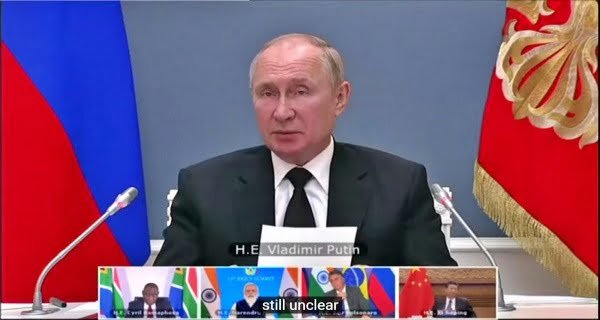 Putin said, ‘Afghanistan is engulfed in a new tragedy after the withdrawal of the American army and the forces of their allies. And it is not yet clear how this will affect the security of the world and the region. All of us countries have paid special attention to this issue.

Why is this comment on Russia important?
This remark of Russia is considered important because there have been reports of the Taliban getting support from Moscow. Apart from Russia, a supportive attitude toward the Taliban has been shown in China. Pakistan has come openly in front of the world. In such a situation, this harsh remark of Putin can have big implications.

PM Modi also praised the anti-terror action plan
Let us inform you that Prime Minister Narendra Modi chaired the 13th BRICS summit. PM Modi said in the meeting, ‘Recently the first “BRICS Digital Health Conference” was organized. This is an innovative step to increase health access with the help of technology. In November, our Water Resources Minister will meet for the first time in BRICS format. We have also supported the BRICS ‘Counter-Terrorism Action Plan’ i.e. Anti-Terrorism Action Plan.

09/09/2020/8:44:pm
Brussels: Video with key leaders of the European Union (EU) to discuss issues ranging from climate change to the Corona Virus pandemic next week...

US FDA chief apologizes for exaggerating claims on plasma