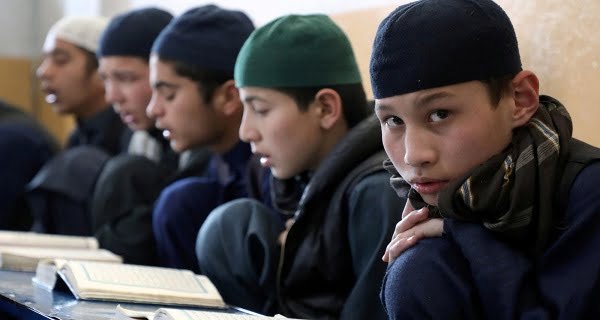 Kabul: The Taliban government has announced the opening of a school for boys in Afghanistan. But girls are banned from going to school. In such a situation, Afghan boys have decided not to go to school, showing solidarity with the girls.

According to the Wall Street Journal news, schools have opened for boys, but many Afghan boys have returned home because girls’ schools are not open. He said that women are half of this society and unless schools are opened for them, they too will not come to school. 18-year-old Rahullah is a student of class 12th. She said, “Half of this society is of women. We will not go to school until they are also allowed to study there.”

Taliban again sided with girls
Let us tell you that the Taliban’s Ministry of Education has issued a decree on Friday that all schools in Afghanistan should be opened for boys from class 7th to 12th. But when this would happen for the girls, he kept silent on this. He also ordered all the male teachers to reach the school.

Taliban spokesman Zabihullah Mujahid told local news ‘Bakhtar’ that arrangements are being made before opening schools for girls. But he did not give its date.

Speaking to Reuters, a private school teacher said, earlier girls used to study in the morning and boys in the afternoon class. Girls were taught by female teachers. A school principal said, “Educating girls makes a generation better. The education of the boy affects the family and the education of the girls affects the whole society. We are watching this matter closely and trying to make girls start and finish their studies too.”

UN again only expressed concern
Meanwhile, the United Nations has expressed concern about the future of girls’ education. She said, “It is a must for all girls. Especially young girls, who want to continue their studies without interruption. Apart from this, women teachers are also needed.

Although the Taliban have said they will not implement radical policies like their previous regime, the future of women’s rights and freedoms there still looks doubtful.

Working from home will continue, even after the epidemic ends: Gill Gates

24/09/2020/11:12:am
Mumbai: Well-known industrialist and consultancy Bill Gates said Wednesday that the work-from-home culture is working better and many companies end up even after the...

Kharmas starting from today, know the auspicious time of marriage in the new year...

China is making the world’s most dangerous weapon

17/10/2021/10:27:am
Beijing: China is continuously working on its plans to rule the world. His new weapon in this direction can be Hypersonic Cruise Missile. This...