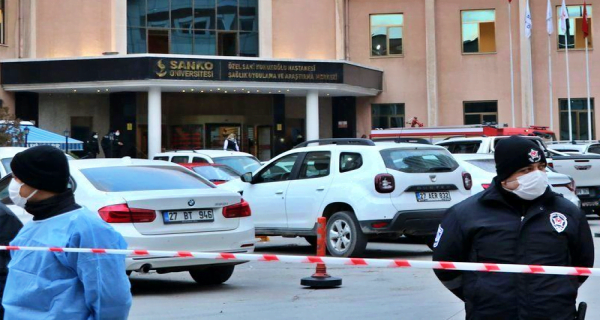 Ankara: Nine people died on Saturday after an oxygen cylinder burst in the ICU of a hospital in the southern region of Turkey. Patients infected with Covid-19 were undergoing treatment in this unit. The Health Minister gave this information.

The government news agency Anadolu reported that a fire broke out in the unit of the private Sanko University Hospital in Gaziantep, about 850 km southeast of Istanbul. According to a hospital statement, the victims are aged between 56 and 85 years. The fire has been controlled.

The statement said that 14 other patients of the intensive care unit have been shifted to other hospitals. The incident is being investigated. Health Minister Fahrtin Koka tweeted that nine people died in the accident. The Governor’s Office said that the oxygen device exploded at 4.45 am in the unit and 19 patients were present at that time.

The effect of covid antibodies remains in the body for eight months: study

23/12/2020
Melbourne: Immunity against this infection in people who recover after Coronavirus infection (COVID-19) is at least eight months after infection-free. This claim has been...

18/09/2020
Mumbai: Indian Navy's disinvested aircraft carrier 'Virat' will begin its final voyage from the Naval Dockyard on Saturday and proceed to Alang in Bhavnagar...

14/07/2020
New Delhi: The Ministry of Human Resource Development (HRD Ministry) has released Guidelines for Online Classes in schools on Tuesday and has set the...