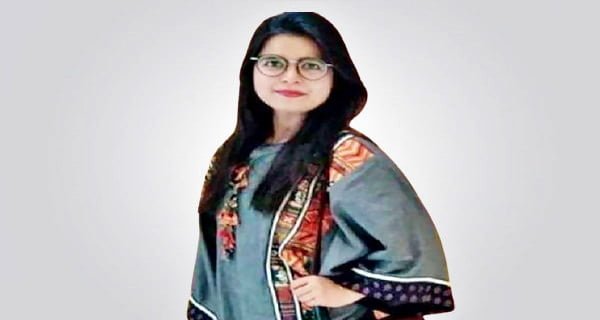 Islamabad: For the first time in the history of Pakistan, a Hindu girl has managed to clear the toughest exam here. Dr. Sana Ramchand Gulwani, 27, had cracked the Central Superior Services (CSS) exam in May itself, but her appointment has been confirmed on Monday.

This exam is considered the most difficult in Pakistan. Only through this, there are appointments in the administrative services. You can consider it like the Civil Services Examination of India, which is conducted by the Union Public Service Commission.

Success is hard
The Central Superior Services (CSS) exam is considered extremely difficult. In this, only 2% of the candidates have been successful this year. Dr. Sana Ramchand Gulwani, 27, cracked it in the first attempt itself.

Sana is a resident of Shikarpur
Sana is originally from Shikarpur. According to a report in ‘The Express Tribune, Sana had appeared in this examination from the rural seat of Sindh province. This seat comes under the Pakistan Administrative Services.

Got what She wanted
In a conversation with the media, Sana said- ‘I am very happy. This was my first attempt and I have achieved what I wanted.

Graduated in Bachelor of Medicine
Five years ago he graduated with a Bachelor of Medicine from Shaheed Mohtarma Benazir Bhutto Medical University. After that, he is also a surgeon. In Pakistan, both these courses are conducted simultaneously. He has a master’s degree in Urology. After this, she started preparing for the Federal Public Service Commission.

By-elections in 3 Lok Sabha and 29 assembly seats in the country today, direct...

PM Benjamin Netanyahu is far from majority figures in Israel’s election amid counting of...

24/03/2021/9:23:pm
Jerusalem: After counting nearly 90 percent of the vote in Israel's parliamentary elections on Wednesday, Prime Minister Benjamin Netanyahu's future is seen as a...

06/08/2021/4:26:pm
New Delhi:  The Graduate Management Admission Council (GMAC), administrator of the NMAT by GMAC™ exam and a global association of leading graduate business schools has...