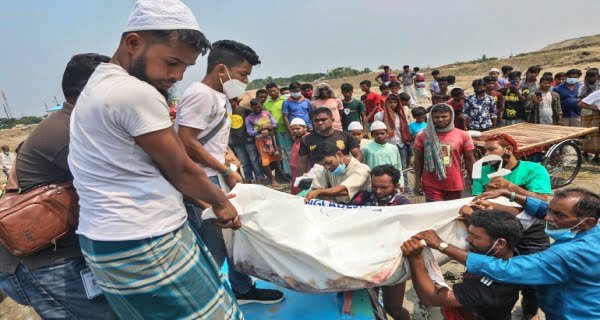 Dhaka: In Bangladesh, a speed boat full of capacity overturned after colliding with a ship laden with sand. At least 26 people died in the incident while many others are missing. According to police, the boat was allegedly driven by an inexperienced minor boy. The accident took place at Banglabazar Ferry Ghat on Monday morning when a speed boat full of capacity collided with the vessel.

A police official told reporters on the spot, “We have recovered 26 bodies and rescued five people.” But many of the speedboat’s passengers are feared missing, so the search is on. ” Aashiq-ur-Rehman, a police inspector at a nearby ferry terminal, said he had been told the driver of the boat was an inexperienced minor boy.

“Eyewitnesses and victims reported that the boat was carrying 30 passengers and the vessel was carrying sand in the Padma River near Shibchar town in Madaripur,” he said. The rescue operation is underway, officials said.

Britain’s Drain Check to Hold Down B.1.617.2 Covid Strain