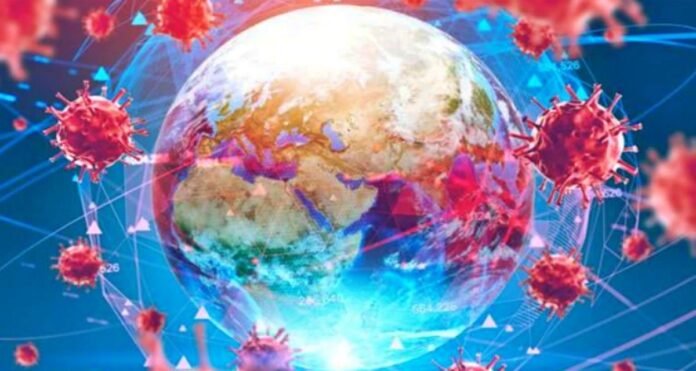 Washington: Coronavirus cases in the world continue to wreak havoc all over the world. The number of corona infections (Covid Cases in the US) in America is increasing. The situation is such that there is a shortage of staff even in hospitals. In many hospitals of the country, those staff members who are themselves infected have also been called on duty. According to media reports, these staff members are those in which the symptoms are mild or non-existent.

So far, more than 31 crore people all over the world have come under the grip of this epidemic. Of these, 26 crores have been cured. 55.11 lakh have lost their lives. America tops with 8.61 lakh deaths. At the same time, Brazil is second with 6.20 lakh deaths and India is at number three with 4.84 lakh.

America tops in terms of new infected
In the case of new infected, America tops with 6.73 lakh patients, while India has reached number two with 1.67 lakh. At the same time, Britain is at number three with 1.42 lakh. There has been a decrease of 3.02 lakh in new cases of corona as compared to the previous day. On Monday, 24.04 lakh new infections were found in the world.

Know the updates of countries:

Demonstrations against sanctions in Germany
Once again in European countries, restrictions started being imposed due to Corona. On Monday, demonstrations were held in many cities of Germany against the restrictions. Thousands of people attended them. The special thing is that the cases of corona and omicron increased by 91% in Germany during 2 weeks while in Italy by 300%. Now governments across Europe are going to mandate vaccination and booster doses.

Mexico’s President Covid infected
The world is in panic with the Omicron variant (Mexico) of Covid-19. Corona patients are also increasing continuously in Mexico. Meanwhile, Mexico’s President Andres Manuel Lopez Obrador has been found infected with the coronavirus for the second time. Mexican President Andres Manuel López Obrador said on Monday that he has been infected with the coronavirus for the second time. Earlier, he was also found infected at the beginning of last year. In Mexico, the Kovid-19 infection is spreading so fast that it is becoming difficult to get the Covid-19 test done.

Israel’s foreign minister got corona
Cases of Covid-19 are increasing rapidly in Israel. Meanwhile, Israel’s Foreign Minister Yair Lapid has been found infected with Corona. Israel’s Foreign Minister Yair Lapid confirmed late on Monday that he has been found to be Covid-19 positive. The foreign minister said that he was feeling very well as he was vaccinated. He also warned the people who have not yet taken the vaccine and appealed to all the people to get vaccinated. More than 21 thousand new cases have been registered in Israel on Monday.

30/06/2021/10:19:pm
New York: New Jersey Attorney General Gurbir Grewal is going to resign to join the Securities and Exchange Commission (SEC). He is a prominent...

18/08/2021/8:52:pm
Mumbai: The scene of the Afghan famous for pomegranate, spices, and the buildings of the Mughal era is very painful today. Embassies of many...