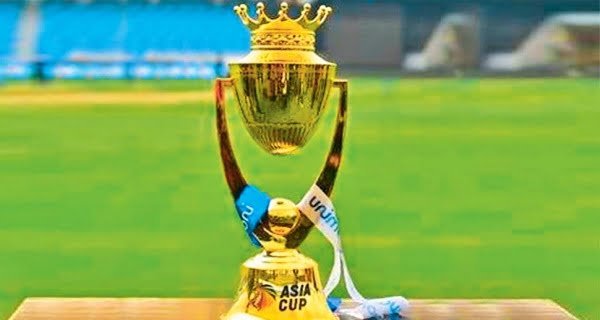 For some time now the Asia Cup has been lost somewhere. It is not being organized. Its organization is of great importance for Pakistan cricket because there is not much credit left for the troubled ‘Pakistan Cricket Board’. In such a situation, if India also participates in the ‘Asia Cup’ from the side of the ICC, then it will be very beneficial for Pakistan cricket. But, the question arises that will BCCI ignore the sentiments of 130 crore Indians and go to Pakistan and play the ‘Asia Cup’ of 2023?

Even if the ICC organizes it and the tournament is held in Pakistan, then it seems difficult for India to participate in it. The PCB says that the ‘Asia Cup’, which is going to be held on Pakistan’s soil in 2023, will work on the old rule. It is being told that according to ICC rules, ‘ICC ODI WORLD CUP, 2023’ will be 50 overs, so PCB will continue its tradition of organizing ‘Asia Cricket Council’ in the same format.

The President of the Pakistan Cricket Board, Rameez Raja said these things on Monday, 18 October. However, the former captain of the Pakistan cricket team and the current Board President has indicated that there is very little chance of a bilateral series against India in the near future.

It is worth noting that, Rameez Raja recently attended the IACC (Asian Cricket Council) meeting in Dubai where he talked about the modalities of organizing the ‘Asia Cup’ and BCCI President Sourav Ganguly ( Sourav Ganguly) and Secretary Jay Shah (BCCI).

Obviously, in view of the terrorist activities taking place from across the border in Kashmir, which is sour in the political atmosphere and relations, in such a situation India will definitely not visit its enemy country. In such a situation, it can be expected that the ‘Asia Cup Tournament’ can be organized in Dubai on the lines of 2018.

Rameez Raja said, “We want to host this tournament in Pakistan and I am sure it will be a well-organized event because that is what sports fans want. The ACC also made it clear that next year’s tournament in Sri Lanka will be played in the T20I format. That is, this program will be before the ‘ICC T20 WORLD CUP TOURNAMENT, 2022’ to be held in Australia from 16 October to 13 November 2022.

Significantly, in his meeting with BCCI Officials, Rameez Raja, President of the Pakistan Cricket Board said, “A lot needs to be done to revive the cricket between Pakistan and India. But, before that, there is also a need for some comfortable level talks between the cricket boards of both countries. After which we can see how far we can proceed. Overall, we had a good time. I met BCCI President Sourav Ganguly and Secretary Jay Shah (BCCI) during the ACC (Asian Cricket Council) meetings. I also believe that politics should be kept away from sports as far as possible. And, that has always been our stand.”

Will herd immunity be prepared in India before vaccine? Health Ministry replied

30/07/2020/8:58:pm
New Delhi: Coronavirus figures are increasing rapidly in India. However, the news of relief among them is that the recovery rate in India is...

Maharashtra: 10th and 12th board examinations postponed due to rising corona cases in the...

12/04/2021/7:13:pm
Mumbai: Uddhav Thackeray Government of Maharashtra has taken a big decision in view of the persistent uncontrolled Corona Virus in Maharashtra. Board exams of...