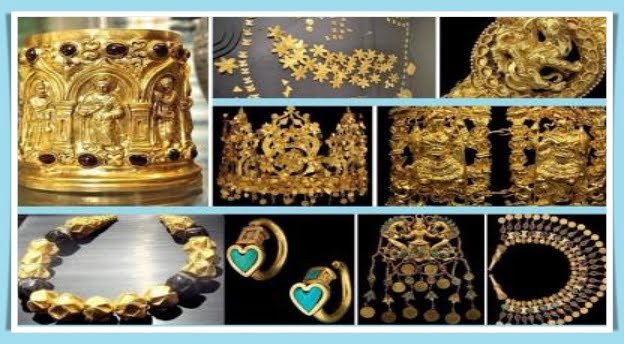 Kabul: Since the control in Afghanistan, running the country is no less than a challenge for the Taliban Nizam. In such a situation, there is a discussion about a 2000-year-old treasure, which the Taliban is looking for. This is an ancient Bactrian treasure, in which there are things of gold. Four decades ago this treasure was discovered in the Tella Tapa region of Afghanistan.

The deputy head of the Cultural Commission, Ahmadullah Wasiq, told Tolo News that he has given a task to the concerned department for the exploration of this treasure. It is a matter of investigation whether the Bactrian treasure is in Afghanistan or whether it has been taken out. If so, it would be treason. Taliban will take serious action on this.

What’s in the Bactrian Treasure?
According to National Geographic, the Bactrian treasure contains thousands of gold pieces from around the ancient world and was found inside six tombs from the 1st century BC to the 1st century AD. These tombs contained more than 20,000 objects, including gold rings, coins, weapons, earrings, bracelets, necklaces, arms, and crowns. Apart from gold, many of these were crafted from precious stones such as turquoise, carnelian, and lapis lazuli.

What surprised archaeologists
Experts believe that the tombs belonged to six wealthy Asian nomads, including five women and one man. National Geographic said in 2016 that the 2,000-year-old artifacts found with them displayed a rare mix of aesthetic influences (from Persian to classical Greek). A large number of valuables, especially the intricate golden crown found in the sixth tomb, surprised archaeologists. The Bactrian treasure is an important heritage of Afghanistan, which was opened for public viewing and displayed to the public at Rashtrapati Bhavan in February 2021.

Taliban to protect historical monuments
Wasik has said that whatever contract has been made with the international community on the protection of ancient and historical monuments, it will remain in place. According to Tolo News, Wasik also said that his assessment shows that the objects of the National Museum, National Collection and National Gallery, and other historical and ancient monuments are safe in their places.

01/01/2021/9:46:pm
Canberra: Australia has changed a word in its national anthem to honor the indigenous people, which Prime Minister Scott Morrison termed "a sense of...

Massive fire broke out in bogies of Durg Express train in Morena, no casualties

26/11/2021/8:16:pm
New Delhi: According to big news, two bogies of Durg Express going from Delhi to Chhattisgarh caught fire on Friday. This fire has started...

15/08/2020/10:59:am
Jaipur: Monsoon activity continues in Rajasthan. There is a possibility of rain in many parts of the state on Saturday as well. The Meteorological...

Trump took a jibe at Biden, said – never in history...