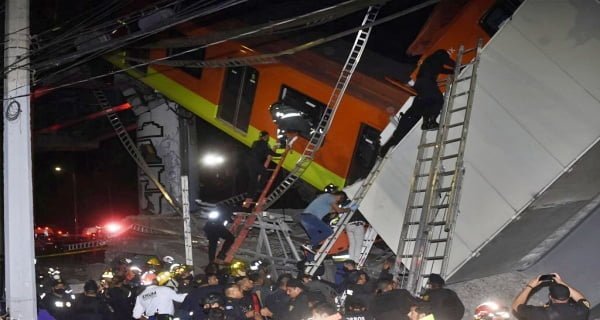 Mexico City: In Mexico City, 20 people were buried under debris due to the collapse of the subway bridge on Monday night. Mexico City’s Civil Protection Agency tweeted that 70 people were injured in the accident in the southern part of the capital and have been admitted to nearby hospitals.

Some videos of the incident have also surfaced in which a part of the train is seen damaged and rescuers are seen evacuating people from the rubble. The accident occurred on Metro Line-12. There were allegations of several irregularities in the construction of this line. Mexico’s Foreign Minister Marcello Eobard tweeted, “Very traumatic incident has occurred.”

China quarantined WHO team in Wuhan, gone for investigation

15/01/2021/12:43:pm
Wuhan: Corona Pandemic continues throughout the world. At the same time, cases of Covid have started coming again in Wuhan (Wuhan, China) of China,...

Countries where tap water comes in the best quality

Esri and AfroChampions Launch Partnership to Promote GIS in Africa