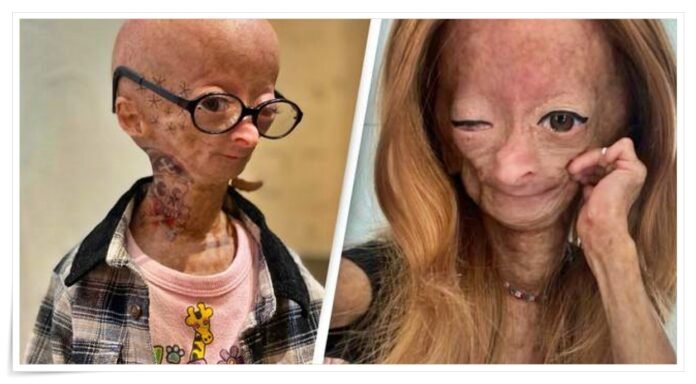 New Delhi: One of America’s most popular YouTubers Adalia Rose has passed away. Rose passed away on Thursday, January 13, when she was just 15 years old. After the death of social media star, Rose, there is a wave of mourning among her fans. After the news surfaced, several posts related to Rose’s death are being shared on social media.

According to a report in Daily Mail, Rose was suffering from Benjamin Button disease in real life. Adalia Rose, a resident of Texas, USA, was diagnosed with Hutchinson-Gilford Progeria, a genetic condition also known as Benjamin Button disease. She was suffering from it since she was just 3 months old. It is said that it is a rare disorder that affects just under 500 children worldwide. It is considered a serious symptom of rapid aging in childhood and has an average life expectancy of 13 years.

As per reports, Rose was a big social media nerd. As she grew up, she gained fame on her social media. He had a ranking of 2.91 million subscribers and 379,000 Instagram followers on YouTube. She is no less than a celebrity.

Modi government was talking about relaxing the defaulters – Viral Acharya

22/10/2020/9:36:am
New Delhi: The Press Association on Wednesday condemned the "sudden sealing" of the Kashmir Times office in Srinagar, Jammu, and Kashmir, and demanded that...

Cyberattack on Pakistan’s National Bank, claims to be safe money and data

01/11/2021/2:32:pm
Islamabad: There has been a cyberattack on the server of the National Bank of Pakistan (NBP). Given this information, the bank said that some...