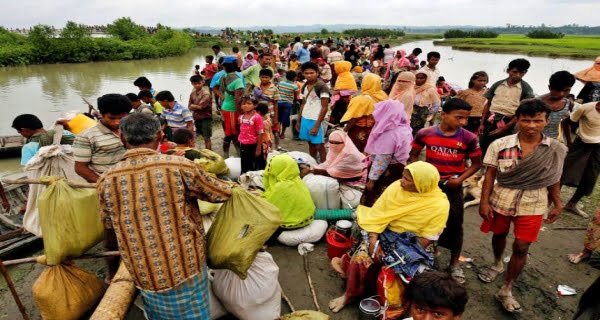 United Nations: (UNO) President Antonio Guterres has made a shocking disclosure during the General Assembly meeting. He said that since the coup in Myanmar, more than 15000 (Rohingyas) have entered the Indian border (India).

The surprising thing is that Myanmar shares a border of about 1600 km with India, where there is no arrangement of any kind of security. Apart from this, a maritime boundary in the Bay of Bengal connects with Myanmar. Arunachal Pradesh, Nagaland, Manipur, and Mizoram also share borders with Myanmar in the northeast.

Guterres said in his report that Aung San Suu and other leaders have been taken into custody since the military came to power. Tensions have risen across Myanmar, with areas falling under a nationwide ceasefire agreement in 2015.

Recently, the National Unity Government (NUG), formed to fight against the military government after the coup in Myanmar, has announced a nationwide insurgency. After this decision of NUG, it is feared that the situation in Myanmar will deteriorate again.