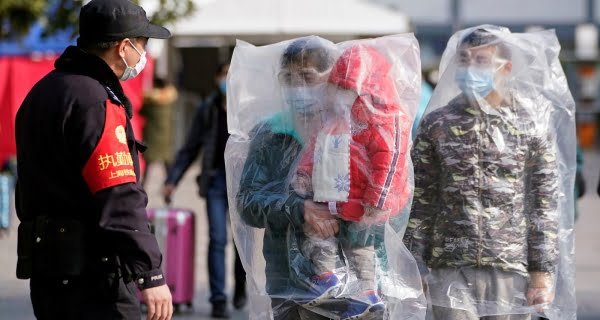 New Delhi: During the last 24 hours, more than 14 thousand victims were killed worldwide. So far, more than five lakh 82 thousand victims have died in America, which is facing the worst corona epidemic in the world. While more than 30 million 25 million have been found infected. The deadly virus has been wreaking havoc in many countries in the grip of the second wave of the Corona epidemic. The result is an increase in the number of infected people globally. In the last 24 hours, more than eight lakh new cases were found in the world. More than 14 thousand victims died. According to data from Johns Hopkins University, the global figure of corona victims increased to more than 14.26 million on Wednesday morning. India and Brazil are the most affected after the US. During the last 24 hours in Brazil, the number of victims has reached one crore and 40 lakhs due to 69 thousand 381 newly found infected.

Japan: New cases are increasing in the country again. To prevent this, Tokyo and Osaka are being considered for emergency.

Pakistan: Planning Minister Asad Omar warned that big cities could be closed if the Corona prevention rules were not taken seriously.

China: Center of Disease Control official Kui Gang said that about 200 million people, ie 14.29 percent of the population has been vaccinated.

Sri Lanka: Blood clotting problem was found in six people who have been given the AstraZeneca vaccine in the country. Three of these victims died.

Philippines: In the last 24 hours, 9,227 new cases were received, the number of corona patients increased to more than nine lakh 62 thousand. A total of 16 thousand 265 deaths have occurred.

Germany: Protests have increased amidst preparations to pass a lockdown law in Parliament. Hundreds of people in Berlin protested against it

Iran’s military begins military exercises near the Strait of Hormuz

10/09/2020
Tehran: The Army of Iran commenced a three-day annual naval exercise from Thursday near the strategically important Hormuz Strait. Government TV has reported this....

15/02/2021
Islamabad: Pakistan after Disha Ravi's arrest (Arrest) in a dispute that started on the part of a toolkit shared by International Activist Greta Thunberg....

09/10/2020
New Delhi: On Friday, the gold price rose in the Delhi bullion market. After the rise in the global market, the prices of yellow...

CBSE has taken these steps for class 11th, Arts, Commerce, and Science stream will...

19/06/2020
It is common for hair to turn white with increasing age. But nowadays the problem of getting white hair has increased even at a...