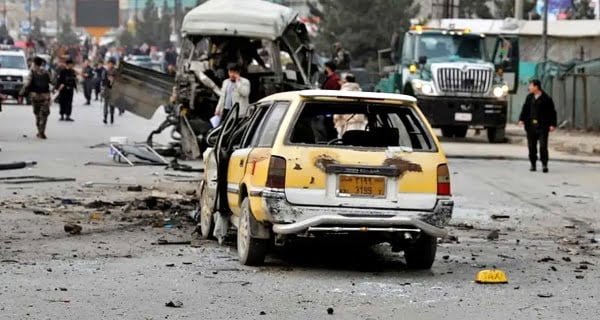 Kabul: 13 people, including nine members of the same family, were killed in road blasts in the southern and central areas of Afghanistan. Officials gave information about this on Thursday. Meanwhile, in western Afghanistan, terrorists stopped a bus and shot three people out of it, and killed them. No organization has taken responsibility for these latest attacks. The three people who were killed after getting off the bus belonged to the Hazara community.

The Hazara community consists mostly of Shia Muslims. They have been attacked in the past, whose responsibility has been taken by the Islamic State so far. The government accused the Taliban of the attacks but has refused to take responsibility for it.

Significantly, a large part of Afghanistan is constantly facing civil war like situation where the situation is very bad due to bomb and landmine attacks. They are commonly used by terrorist organizations to attack the army, but common people also come under its target.

Provincial Police spokesman Zaman Hamdard said a car bomb was targeted in Helmand province late on Wednesday night. There were 12 people from the same family in the car, out of which nine people died. Many children were also involved in this. The second bombing occurred in Ghor province. The province’s governor, Abdul Zahir Faizada, said that four members of the same family were going on a motorcycle. All four died in the attack.

Baba Amarnath Darshan’s time reduced, now devotees will not be able to stop near...

13/07/2022/3:24:pm
Srinagar: Baba Amarnath Shrine Board has taken a big decision keeping in mind the accident. Under this decision, the arrangement for living near the...

12/07/2020/10:28:am
Washington: US President Donald Trump was seen wearing a mask for the first time in public on Saturday during a military hospital visit. This...

Sarah Gilbert who made the corona vaccine once wanted to quit...

Donald Trump’s speech was watched by 7 lakh people on ‘Newsmax’,...